Picasso came to Monterey Zoo from a breeder in the Eastern United States and was unfortunately diagnosed with a heart murmur as a baby. His wasn’t expected to live beyond five years but with a carefully monitored diet, and exceptional care, he’s been with us twice as long and we expect he’ll be with us much longer. Our second Spotted Leopard, Oz, is one of the most beautiful spotted leopards you will ever see. His beauty will be even more spectacular when sharing space with Picasso in a beautiful new exhibit one day.

The leopard is solitary and territorial, as are several other felids; individuals associate appreciably only in the mating season, though mothers may continue to interact with their offspring even after weaning. Mothers have been observed sharing kills with their offspring when they can not obtain any meal. The leopard depends mainly on its acute sense of hearing and vision for hunting. Hunting is primarily a nocturnal activity in most areas.

The leopard is a carnivore that prefers medium size prey. Leopards must compete for food and shelter with other large predators. These animals may steal the leopard’s kill, devour its young or even kill adult leopards.

Listed as vulnerable because leopard populations are declining in large parts of their range.

Leopards are astoundingly strong. They are pound for pound the strongest of the big cats. They are able to climb trees even when carrying heavy prey. Leopards sometimes take their prey up trees so that lions and hyenas can’t steal them.

A “black panther” is not its own species—it’s an umbrella term that refers to any big cat with a black coat. The condition is caused by genetics, which regulates the distribution of black pigment within the hair shaft. It’s most well known in leopards, which live in Asia and Africa. Meet Cosmo at the Monterey Zoo.

The leopard is a carnivore a that prefers medium-sized prey, mainly antelopes, deer and rodents.

It is listed as vulnerable by the IUCN because leopard populations are declining in large parts of their range. They are threatened by habitat loss and pest control.

The leopard depends mainly on its acute sense of hearing and vision for hunting, which is done primarily at night. 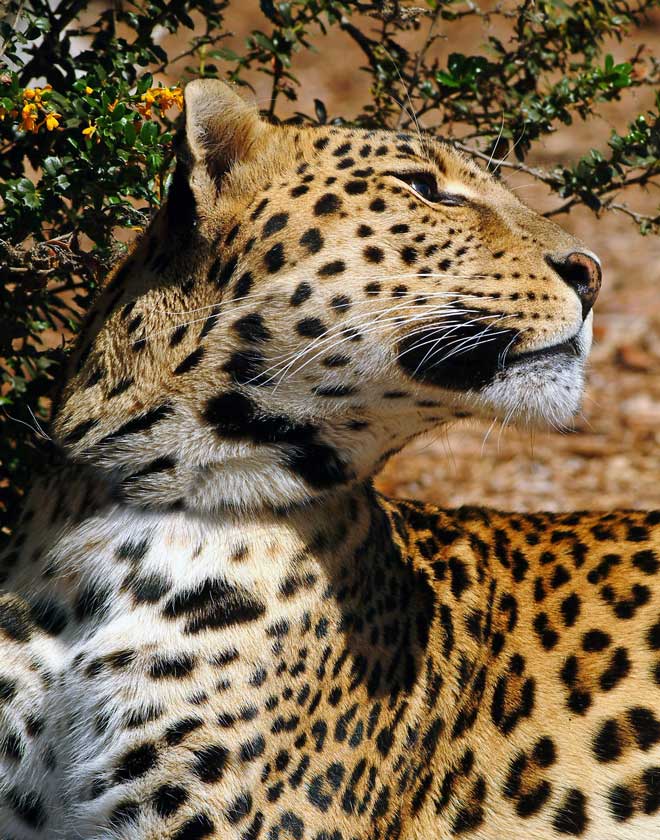 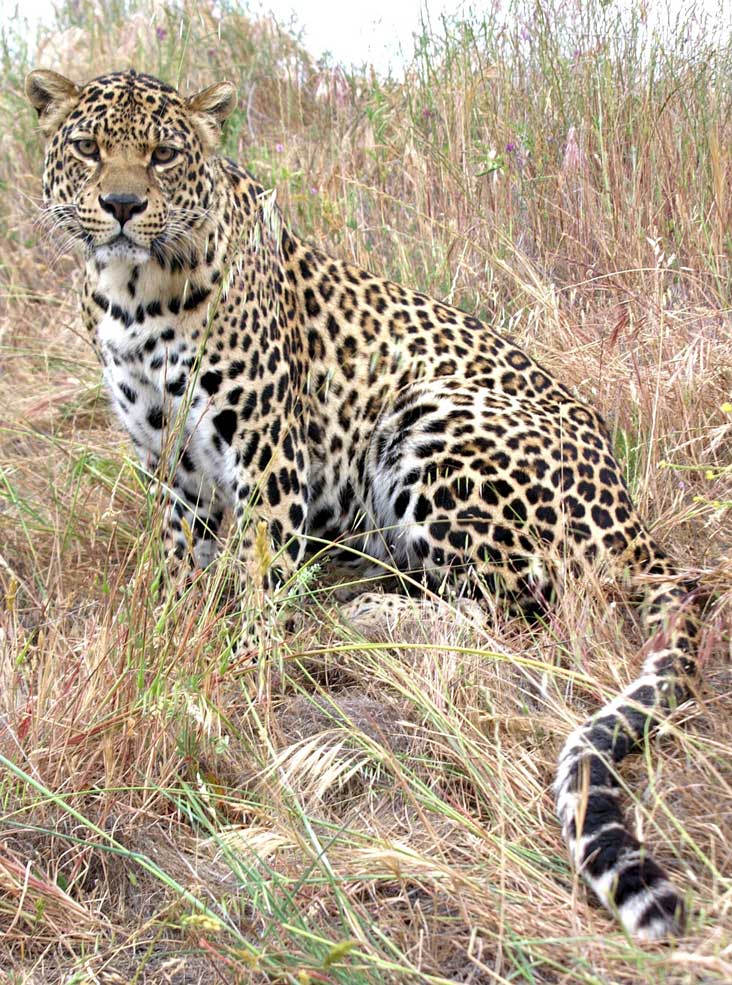 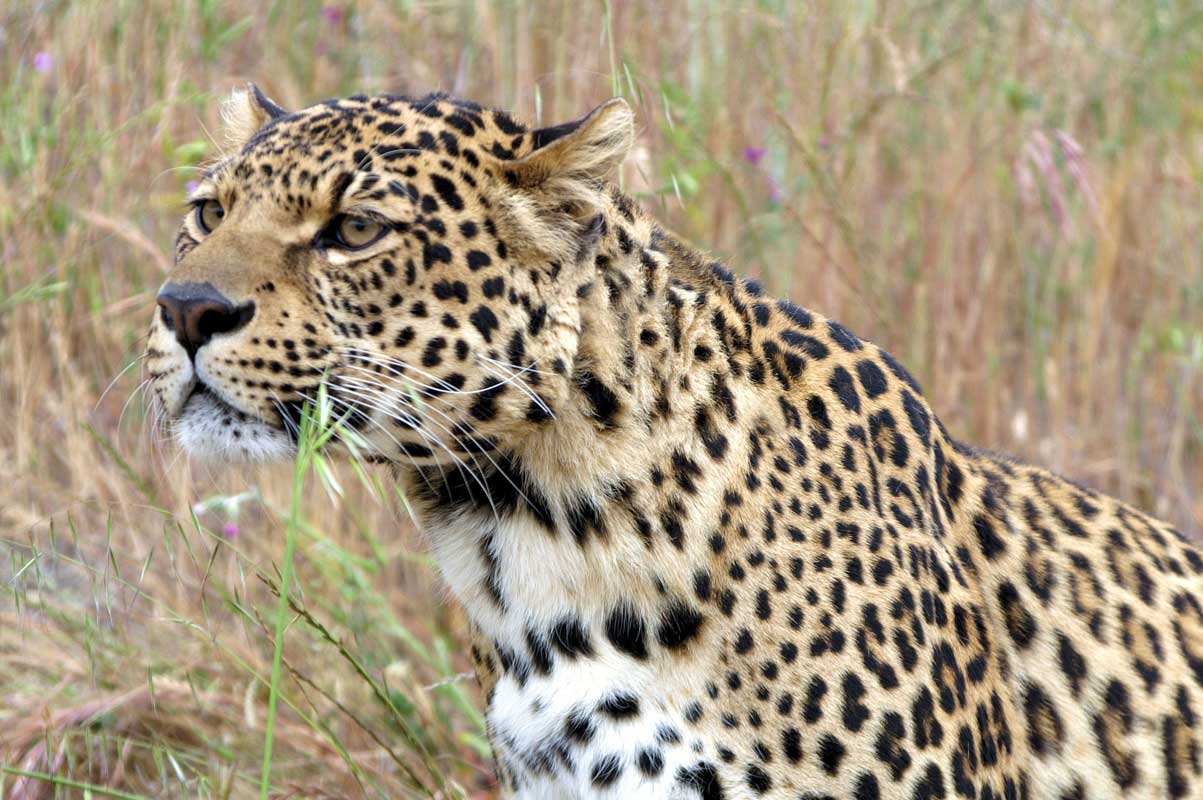