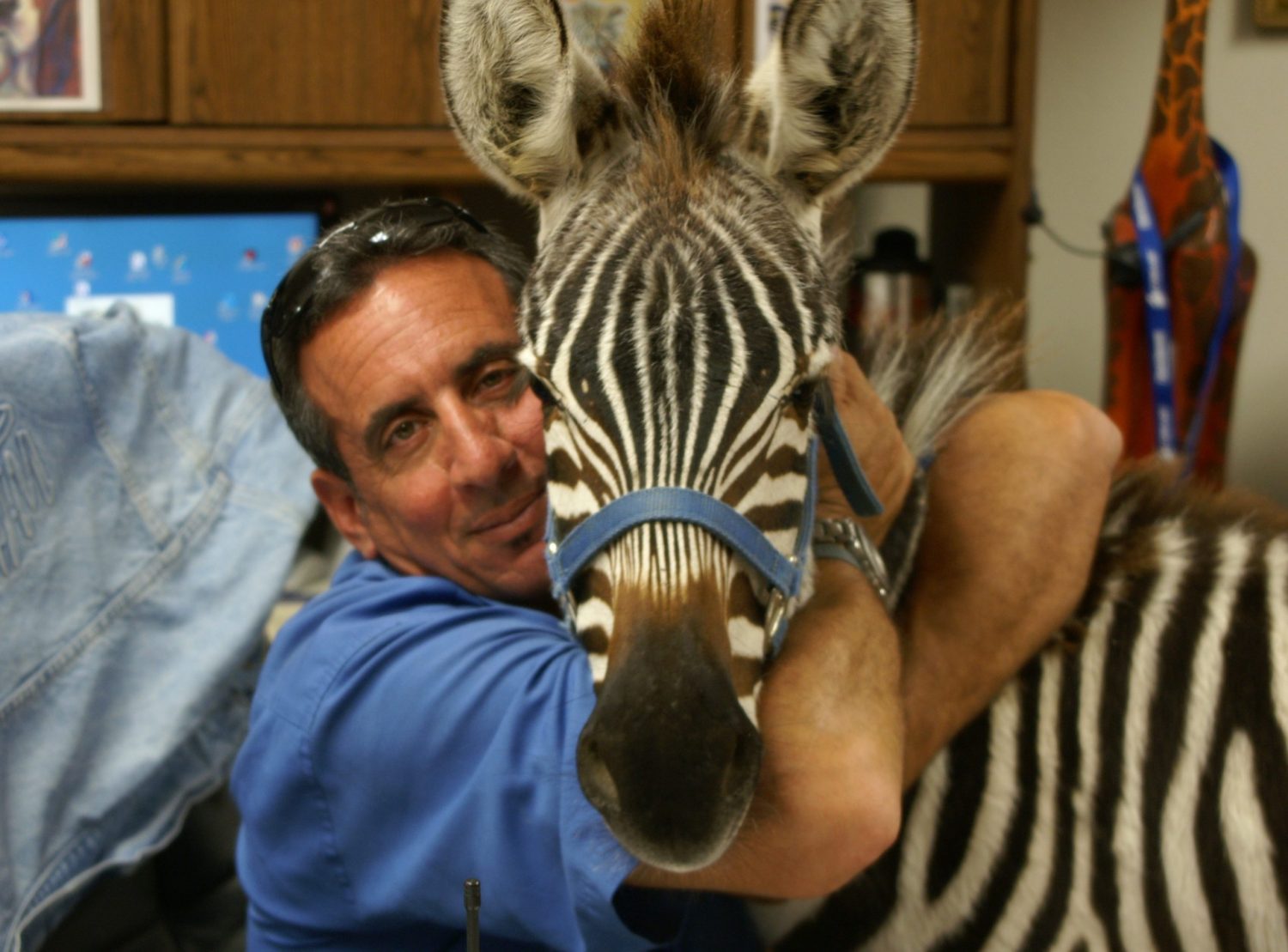 Just as every person has a unique fingerprint, every zebra has a unique black and white stripe pattern. In the wild zebras stick together in herds. The Zebras stripes serve to protect them as when grouped in a herd, they appear to predators to be one large object, making it difficult for the predator to target one specific animal. Monterey Zoo houses two sub-species of zebra, the Damara (with a lighter shadow strip next to the black stripe) and the Grants with simple bold black and white stripes. They share their habitat with our Water Buffalo and Southern White Rhino. . 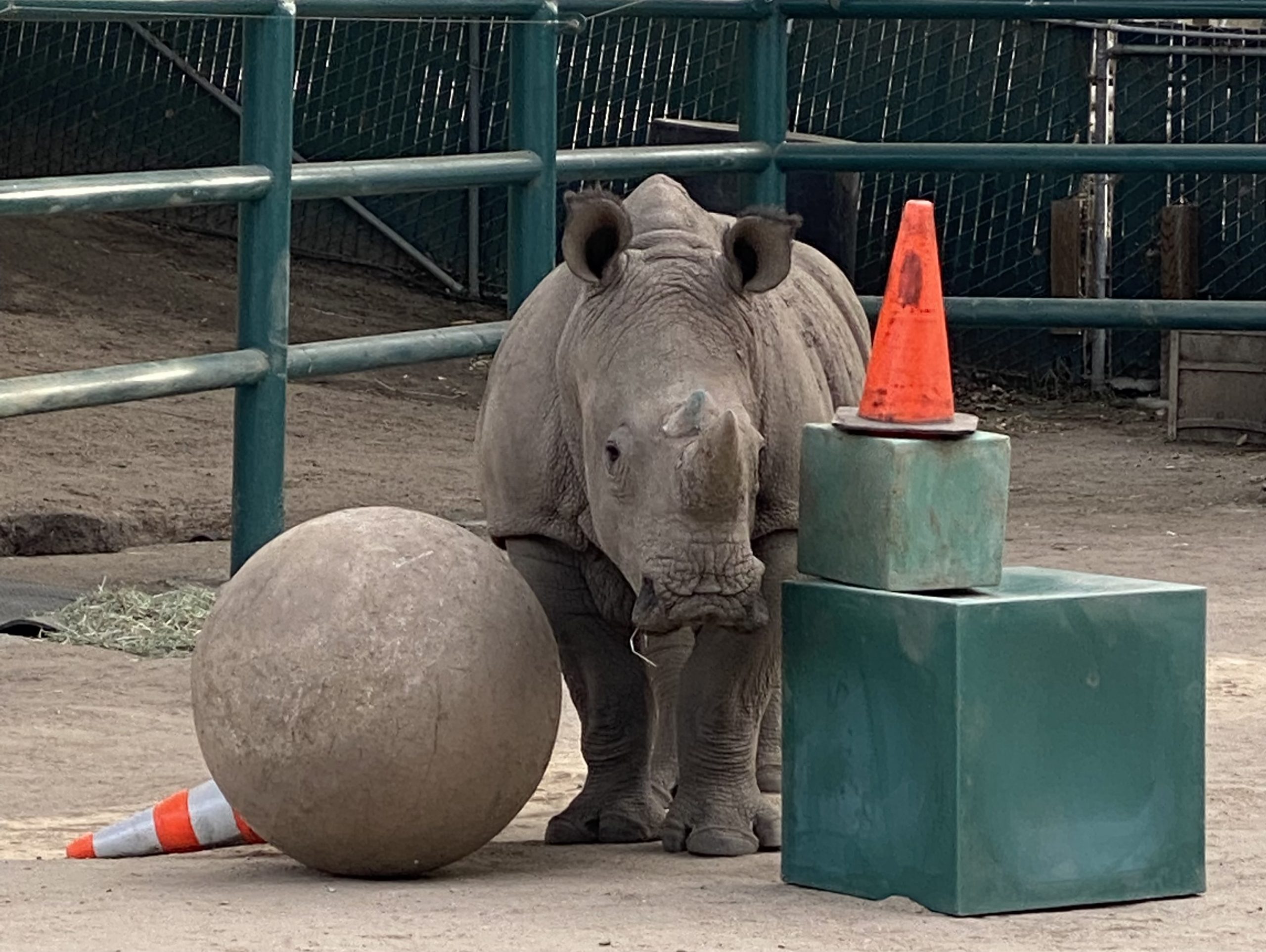 The Southern White Rhino is the least endangered of all rhino species however it is very much as threatened due to human poaching due to a mistaken belief in some cultures that their horn possesses a medicinal value. According to CITES, the estimated total population of Southern White Rhinos declined 24% between 2015 and 2021. The captive breeding of these animals is crucial to their survival however many more males are being born than the much needed females. Monterey Zoo is proud to participate in offering homes to the bachelor herds of male Southern White Rhinos to afford the breeding programs the space required to continue their efforts. 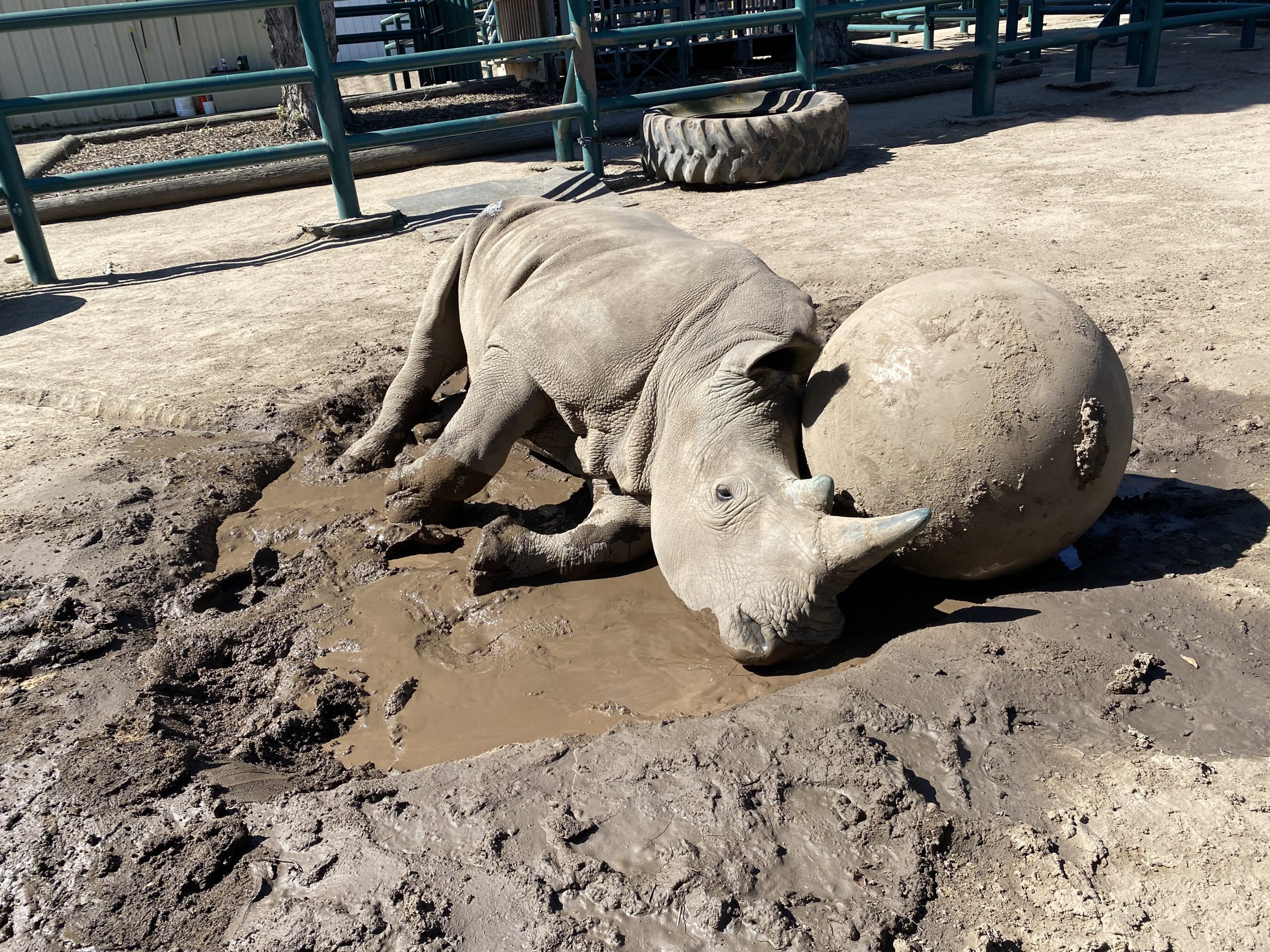 All part of our education program, Elmo, Dominic and Elsie are a fine example of a mixed species exhibit as they all coexist wonderfully together. Elmo is a miniature zebu, an Indian cattle that was bred in the united states in 1991. Elsie is half zebra and half donkey – a Zedonk! It wasn’t something we did or promote the breeding of but she badly needed a home when we found her and had a home to offer her. Dominic is a miniature Donkey which unlike most miniature breeds, is not a bred-down version of a larger donkey. Their small size is natural.

There are two types of camels: Dromedary and Bactrian. Dromedaries have one hump, while Bactrians camels have two humps. You can see both types at the Monterey Zoo.

Alpacas are a domesticated species of the South American camelid. They look at lot like small llamas but unlike llamas they are bred for their fiber, which is similar to wool – but a lot softer. Alpacas are curious and full of personality, which are display at the Monterey Zoo every day.

Warthogs are members of the same family as domestic pigs, and became very popular with kids after the release of The Lion King. While not the prettiest animal, the animated Lion King character Pumbaa made the warthog loveable. Our warthog Harley came to Monterey Zoo to join our education program. An unusual animal to keep friendly and manageable but the keepers at the zoo are using every trick in the book to keep Harley on track. Check out Harley’s new digs: a new exhibit complete with a pool, waterfall, digging area, heated barn and much more!

Donkeys, also called burros and asses, are found throughout the world. They are members of the Equidae family, which also includes horses and zebras. They look a lot like their cousins, but have long, floppy ears and tend to be stockier than horses or zebras.

The zebu is a species of cattle that is native to the jungles of South Asia. The zebu is also known as the humped cattle as it has a very distinctive hump on its upper back – very unusual!

Water Buffalo are known to be one of the longest species of domesticated cattle in the world. Two types of water buffalo are recognized today, a swamp buffalo and a river buffalo. Monterey Zoo houses one of each that came to our facility together and remain the best of friends today. They share their exhibit with our zebra and rhino, and incredible mixed species habitat that is very often fascinating to observe. 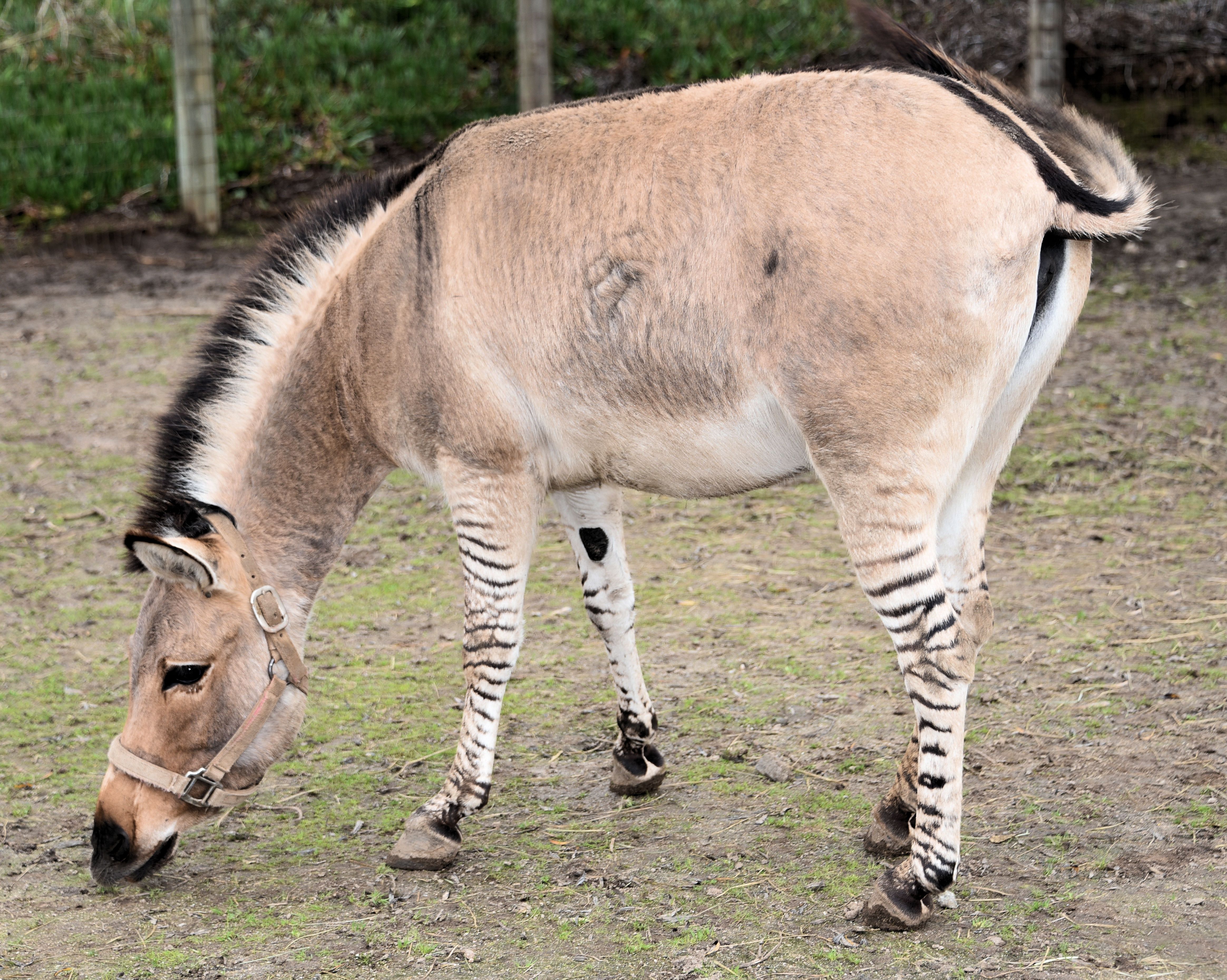 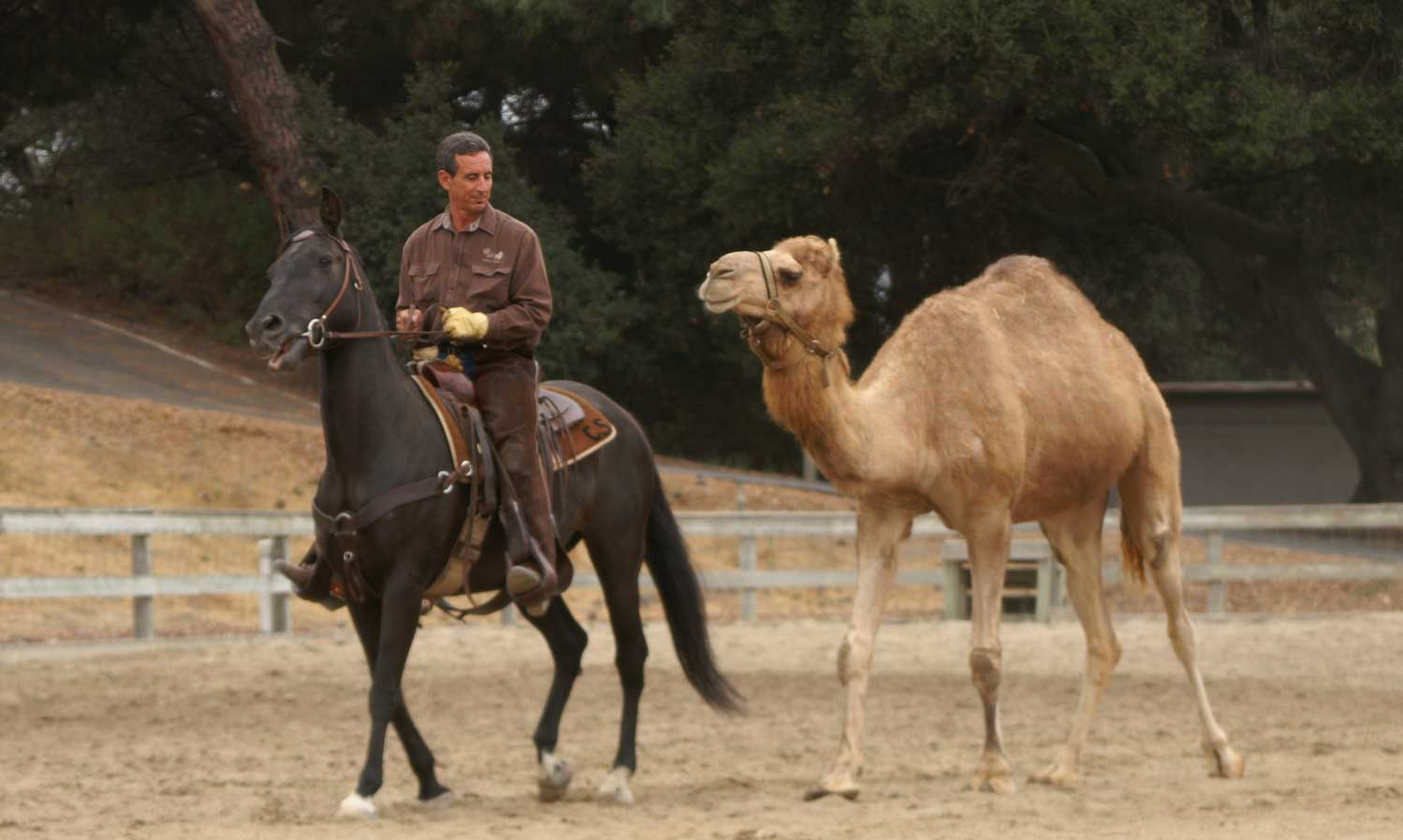 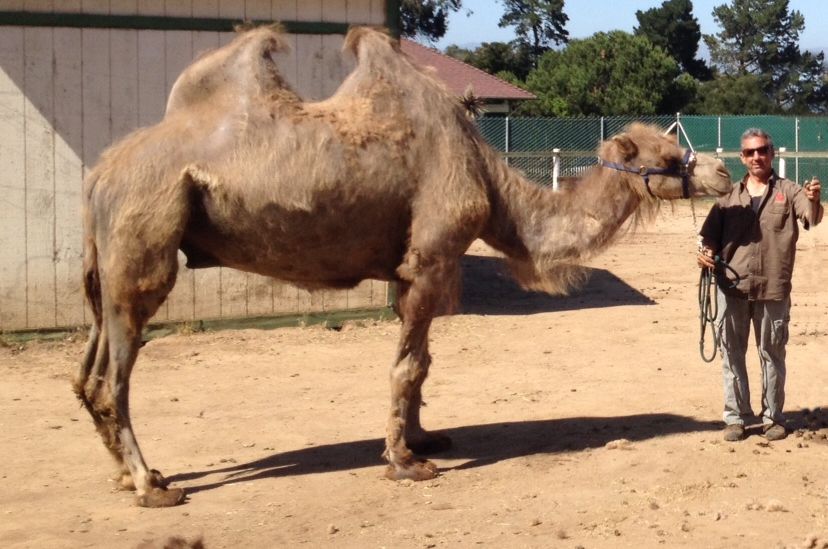 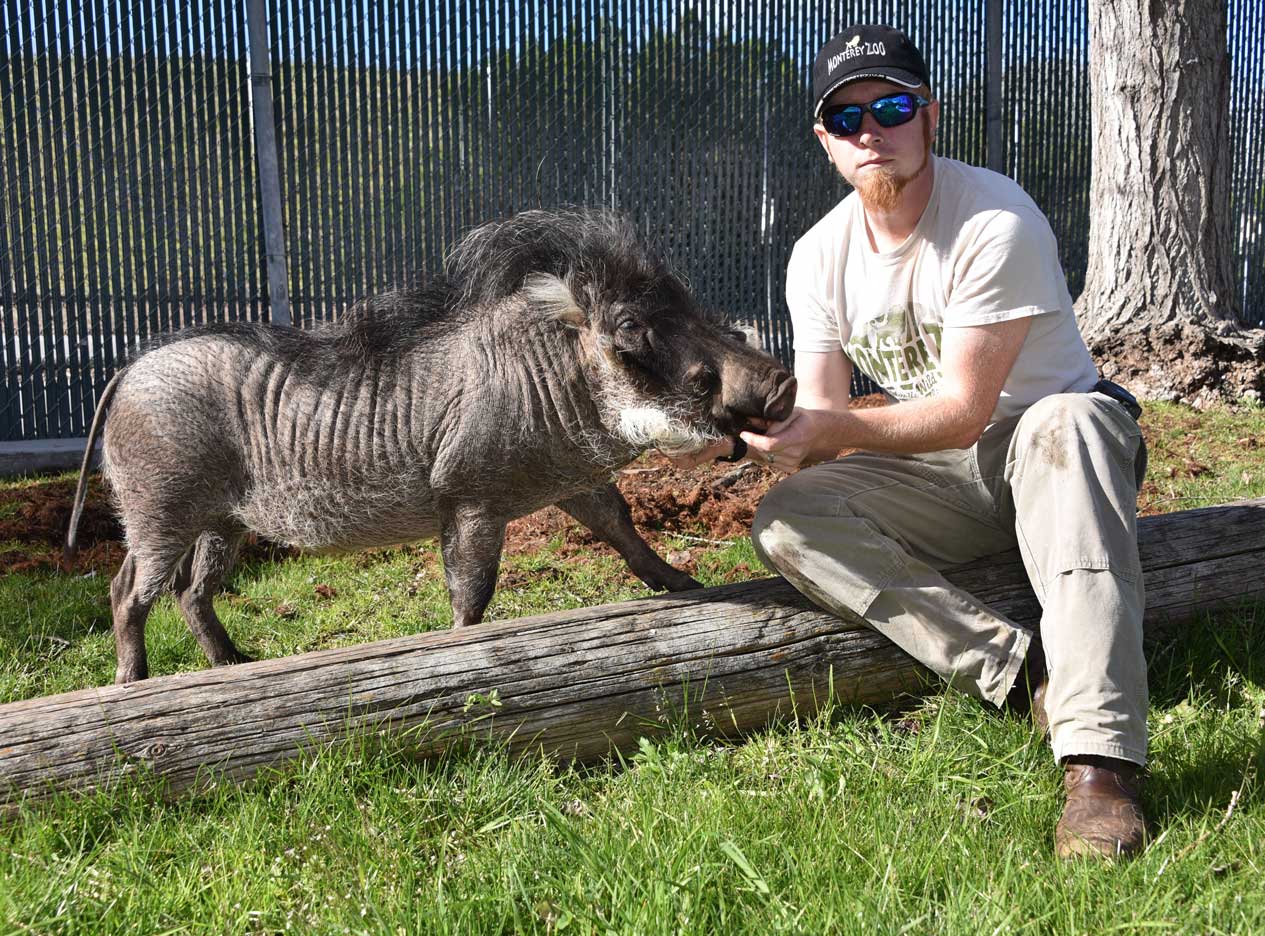 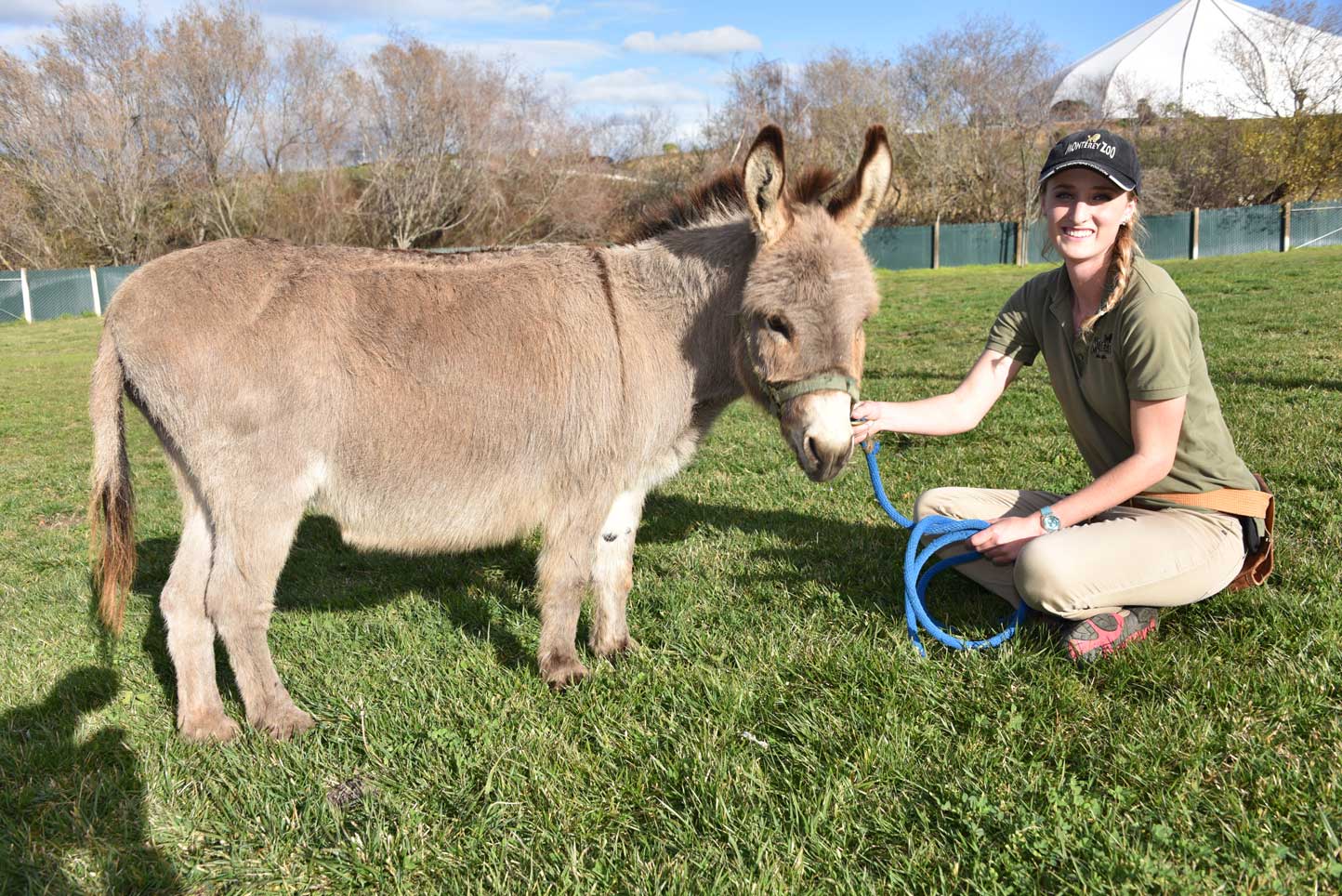 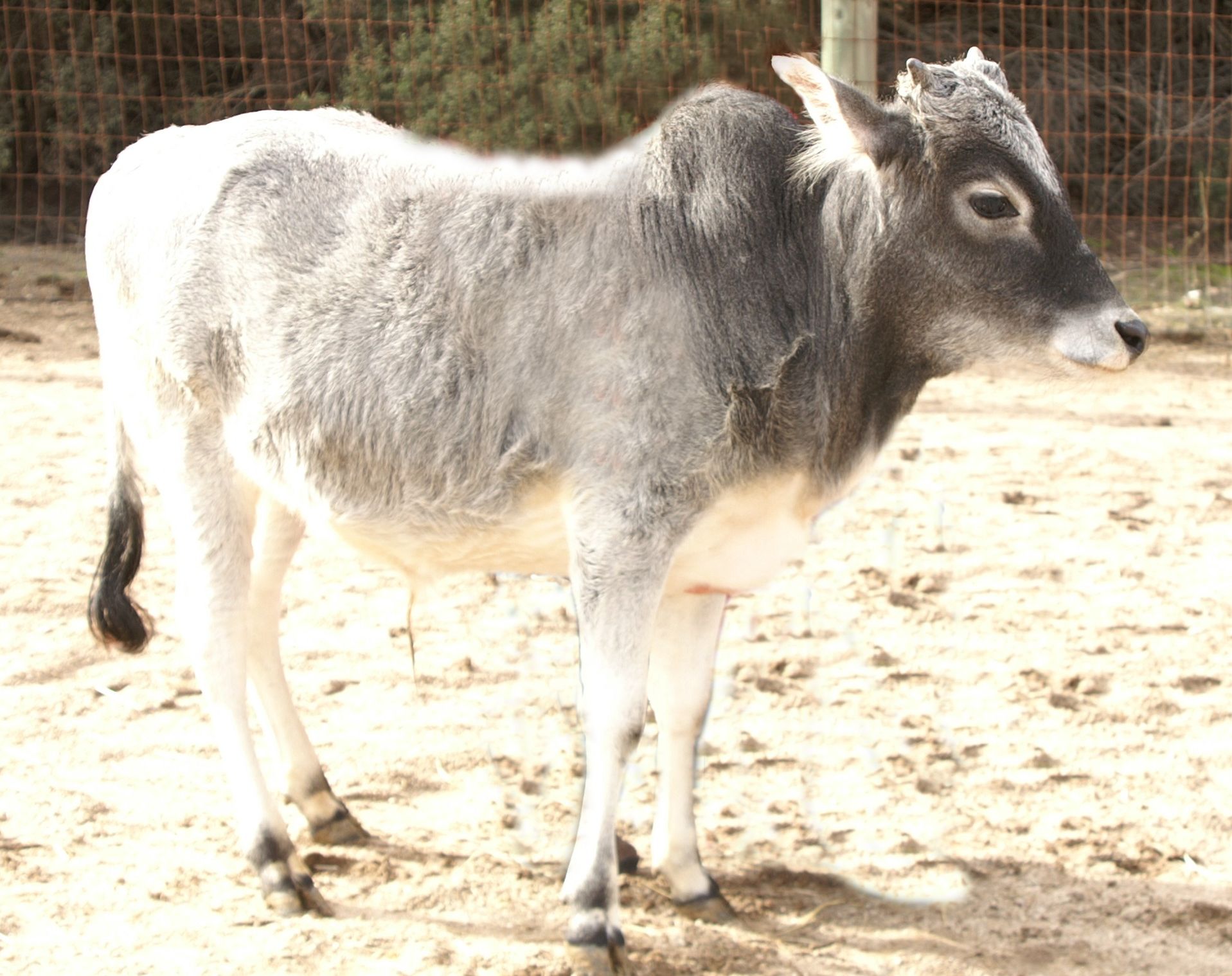 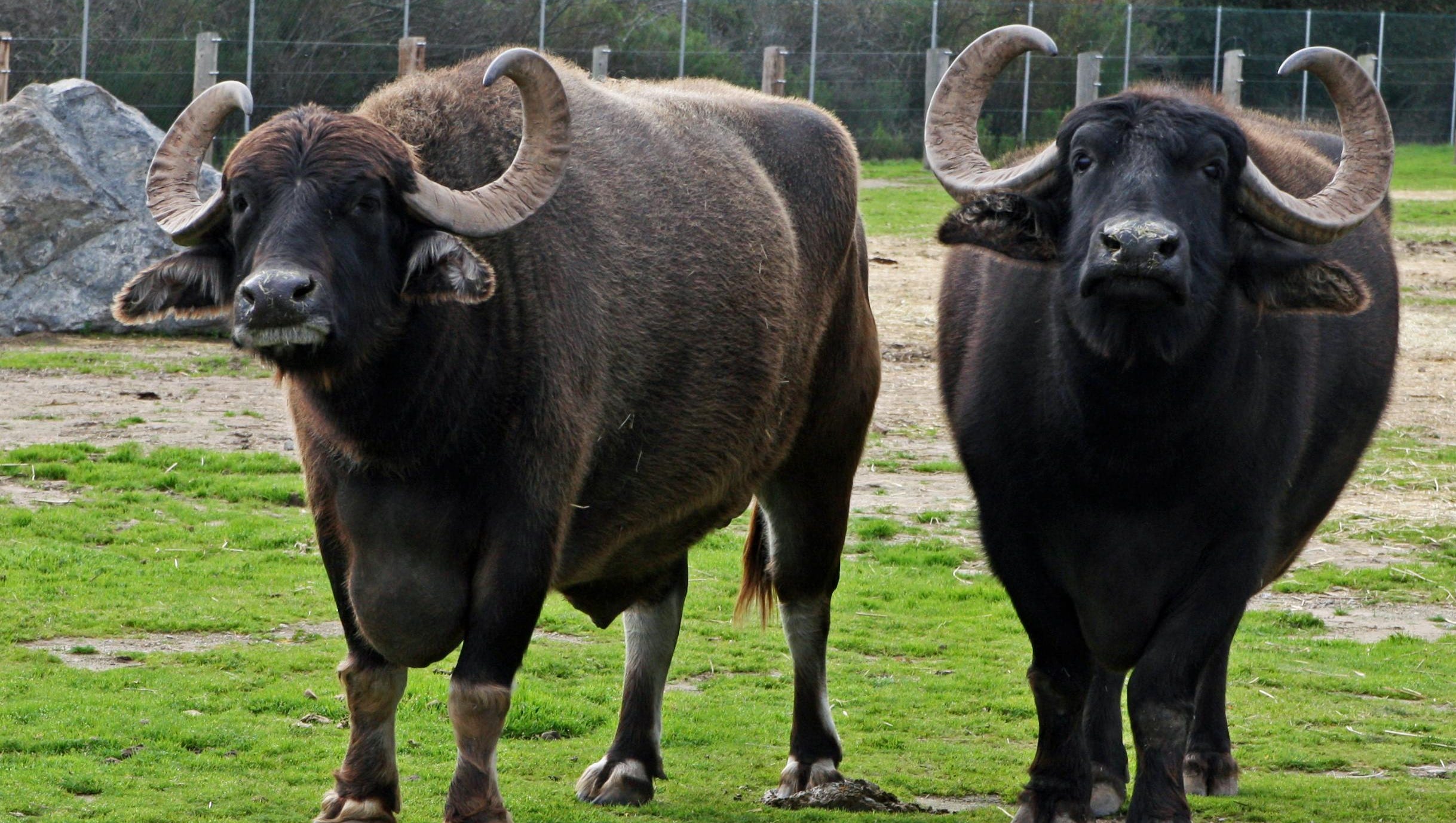