Primates are characterized with flexible hands and feet with disposable first digits (like thumbs-sometimes on both hands and feet) , well developed binocular vision and a more highly developed brain. Monkeys, marmosets, Lemurs, apes and humans are all considered primates. Although many other scientific descriptions define a primate, there are over 300 species in the order of primate. 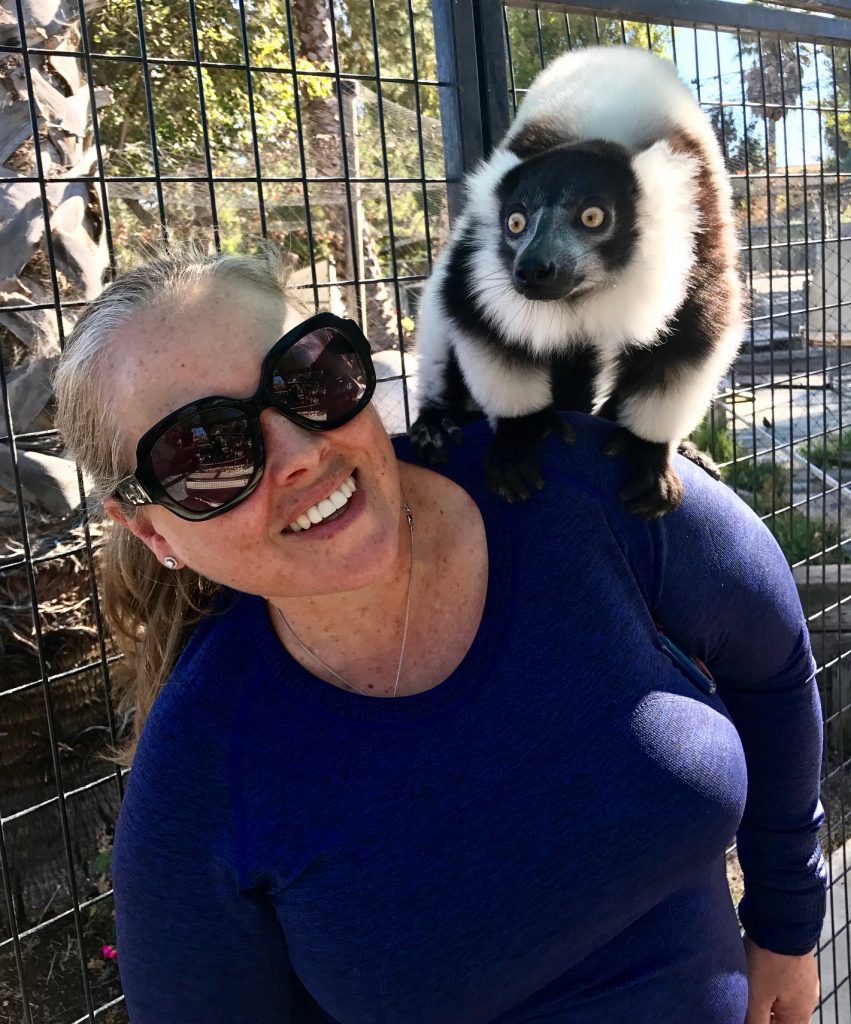 Lemurs are small primates native only to the island of Madagascar and the neighboring Comoro Islands. A group of lemurs usually has one dominant female who leads the group, controls their movement, and has first choice of food and mates. Madagascar’s lemurs are one of the most endangered animals on the planet. Conservationists say the destruction of tropical rain forests due to illegal logging and hunting has pushed the primates to the brink of extinction. Lemurs live in groups called “conspiracies”. Our lemurs, Guido and Pierre, are ring tailed lemurs. They are the oldest of our conspiracy having been with the Monterey Zoo’s education program since 1999. Monterey Zoo is also home to two Blk & Wht ruffed lemurs, Zim and Stitch as well as two red-ruffed lemurs, Rojo and Rouge and finally one brown lemur named Taj. All are extremely instrumental to our education and conservation programs.

Monkeys can be considered “old-world” or “new-world” monkeys. Monkeys that are native to North-Central and South America are considered new-world monkeys. (Moneys native to Asia and Africa are considered old-world monkeys.) Capuchin Monkeys are in fact new-world monkeys,  found in the Northern parts of Argentina. They are also scattered around North America and South America. They only live in the trees and they only are active during the day. They are smart and can be aggressive when it comes to their territory. The socialize in small groups and can be vocal – hard to miss when the Capuchin monkey makes some noise! They have a prehensile tail that they can manipulate all the way to the tip like a finger to grab and hold things. Forest, our tufted Capuchin came to Monterey Zoo in June of 2003, and has been delighting visitors ever since. He’s been a perfect gentleman during our full-contact tours and educational programs and has literally developed his very own fan club. Levi and Spenser are our blk & wht Capuchin monkeys that came to us from an education program in Southern California. Although all our up in age, they still maintain very special relationships with their keepers at Monterey Zoo.

Squirrel moneys are also new-world monkeys from South and Central America. Living high in the canopy of the rain forests, they, like Capuchin monkeys are omnivores eating fruit, leaves and insects. Squirrel monkeys do not have a prehensile tail, it can only be used to balance with. Popular as pets in some areas, Monterey Zoo can’t stress enough that these animals do not make good pets as they will quickly become aggressive if not handled professionally and often. We urge all to get their “monkey fix” by volunteering at zoos where they can become monkey keepers. Our two squirrel monkeys, Pip and Penny, came to us from private owners in Southern California. Both are contribute greatly to our education and conservation programs.

Being from Africa, baboons are old-world monkeys. They do not have a prehensile tail and are known to be more of a ground dwelling monkey. There are five different species of baboons. All of them live in Africa or Arabia. Baboons are some of the world’s largest monkeys, and of all the primates in East Africa, most frequently interact with people. Intelligent and crafty, they often forage in agricultural fields. The baboons see easy food, but farmers consider them pests. They live in groups called a troop. The baboon troop at the Monterey Zoo arrived at different times, from different situations, at different ages, so the introductions to each other have been noisy at times but so far, very successful. We currently house two females, Babs and Gabby who have fast become the best of friends. Both are very close to their keepers here at Monterey Zoo. 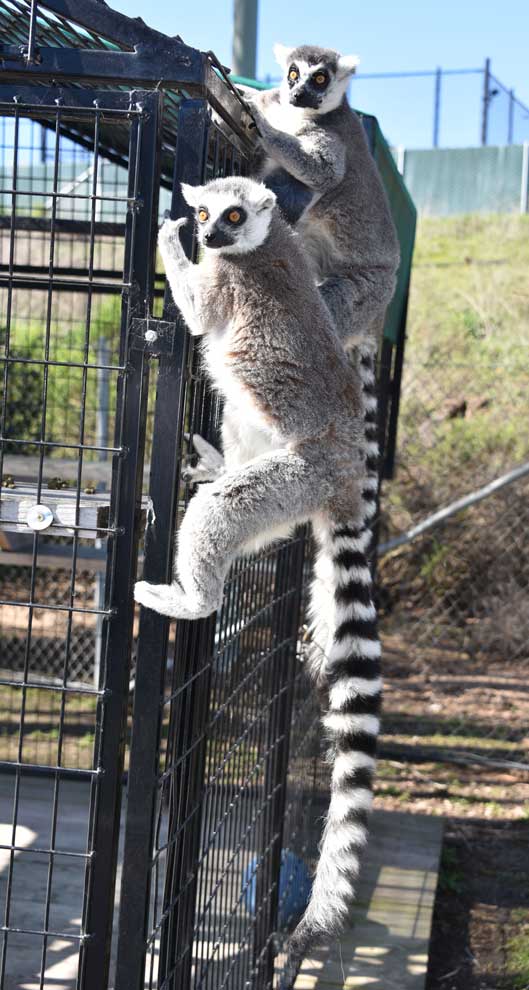 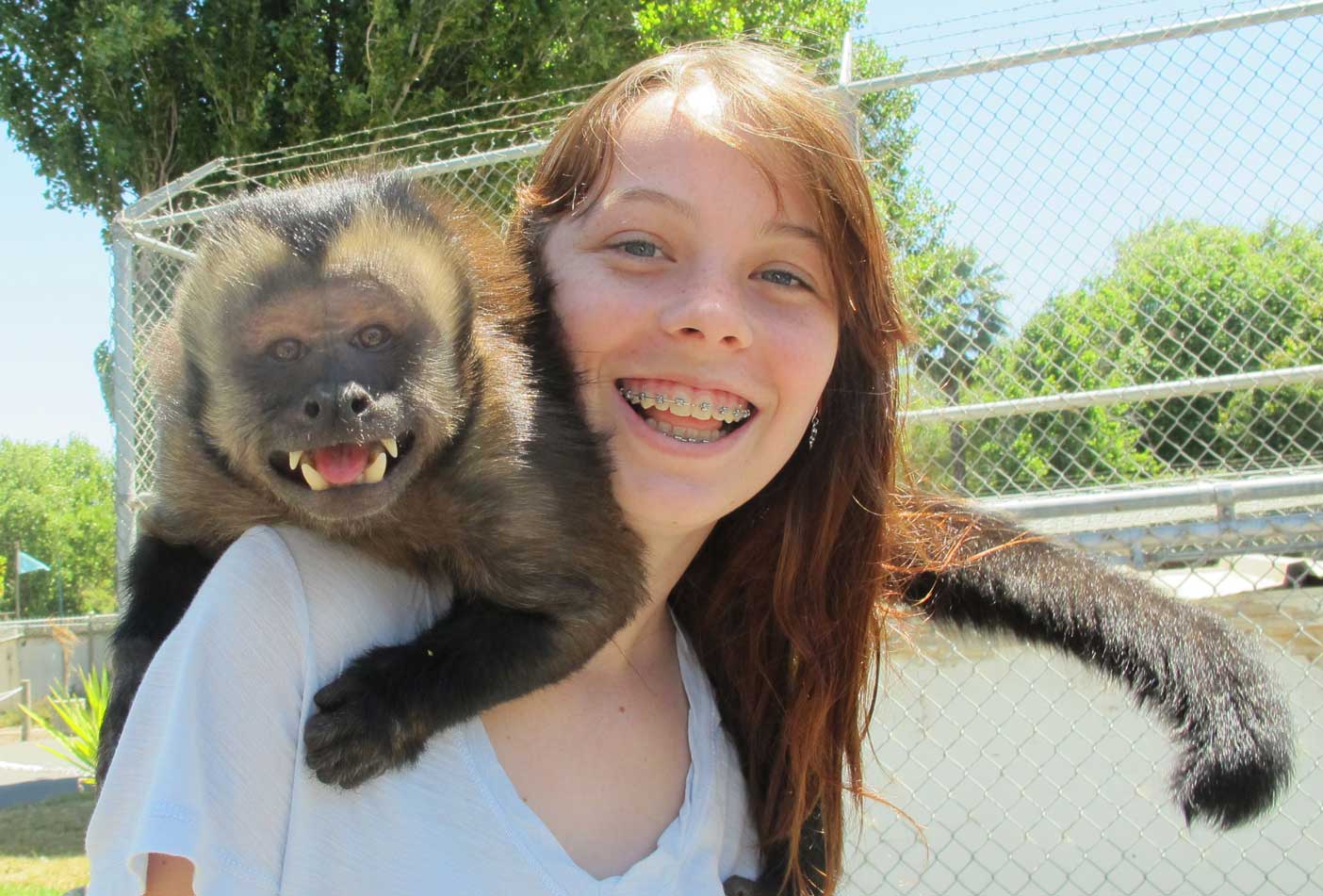 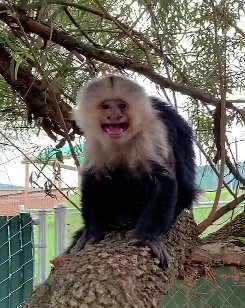 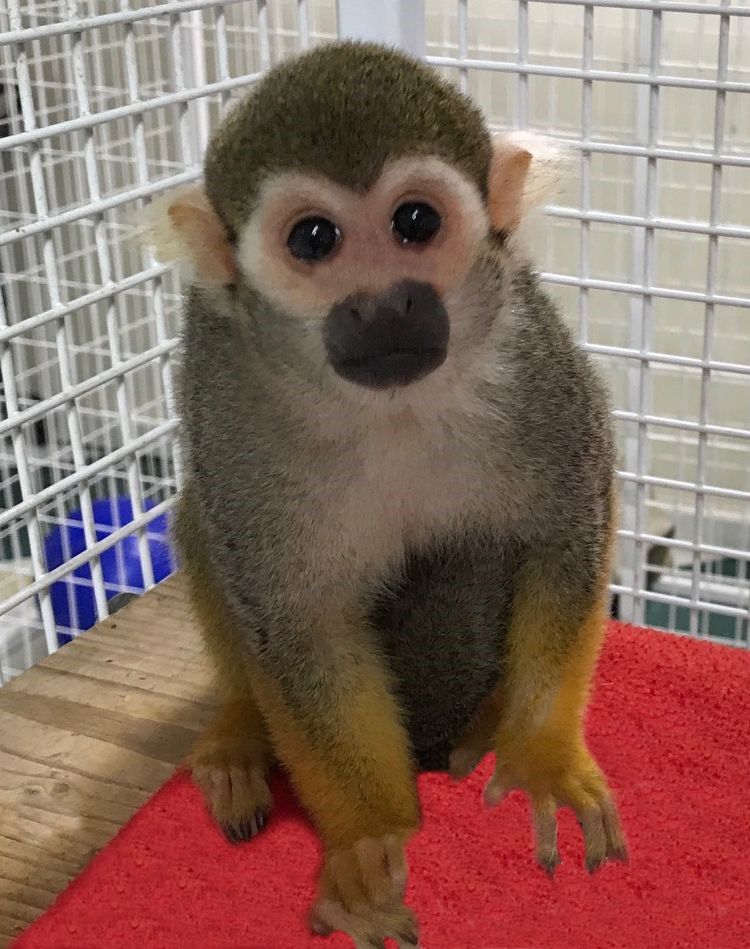 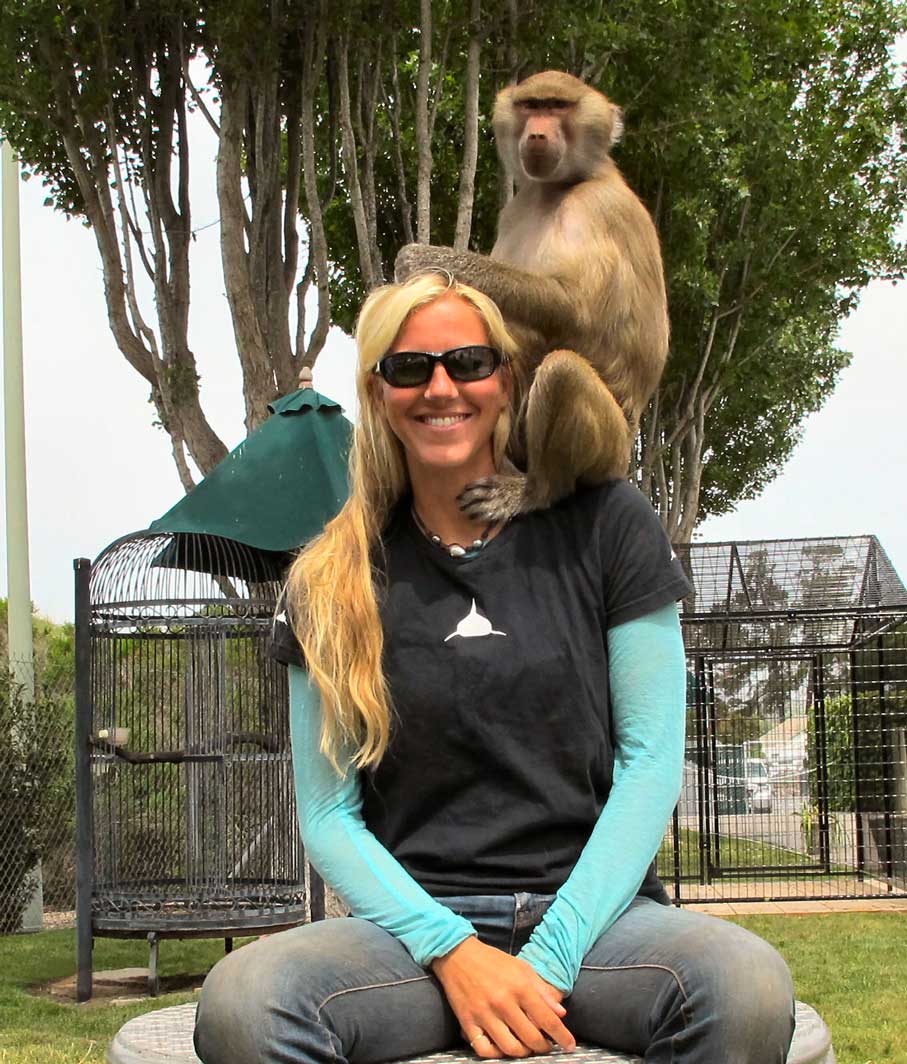 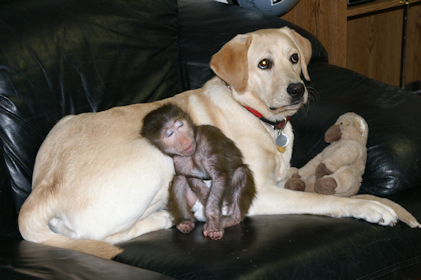