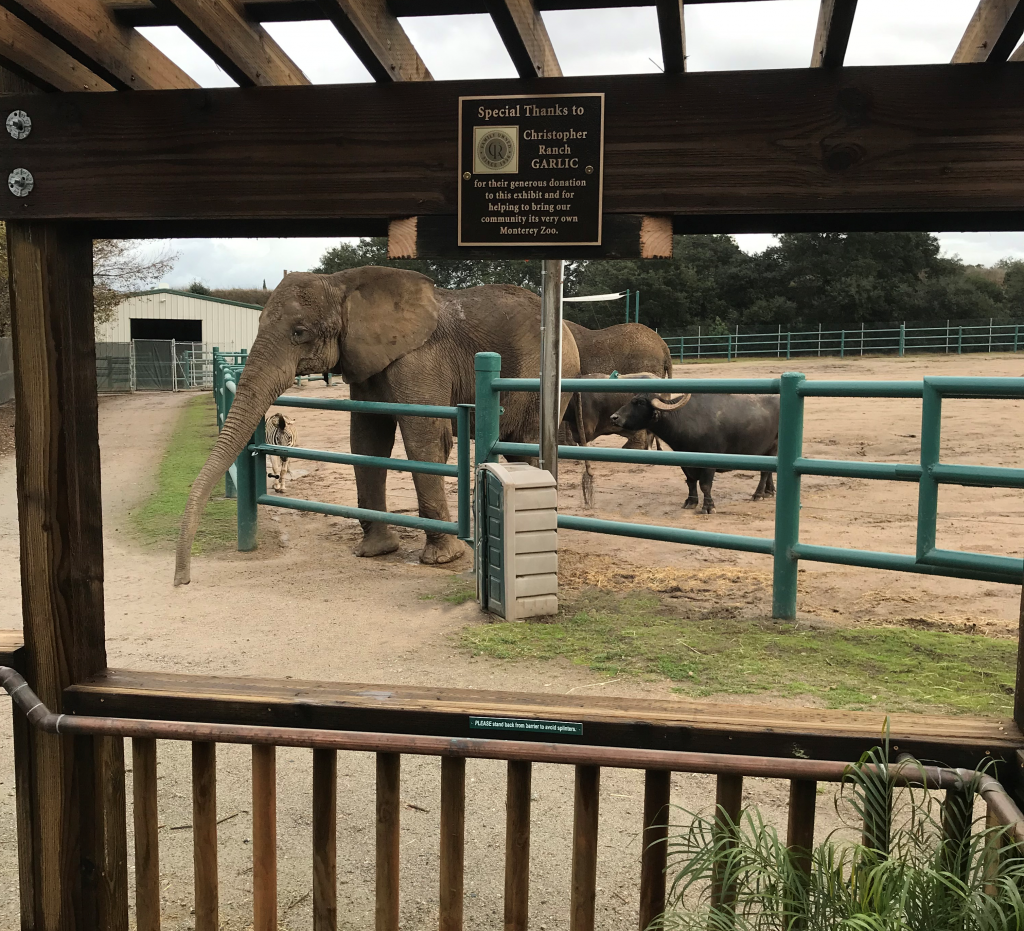 The elephants of Monterey Zoo have all been animals that came to us from the circus, carnival and entertainment industries. They were sent here to retire from such industries and live out their lives in a less stressful environment while still enjoying the interaction they received from the humans that cared for them. Our goal has been and will always be to share them with our guests in a fashion that is rewarding to animal(s) as well as supportive of our program so that the elephants would never go without. A win/win for all concerned. Having received the elephants at older ages and with inherent medical conditions, time and age eventually took some of them from us, reducing our herd to one final animal. In an effort to do our very best for our animals and in keeping with modern zoological standards, Monterey Zoo has decided to temporarily relocate our one remaining African elephant, Butch, to another accredited zoological facility nearby where he will once again have the company of three others of is own kind. We do however, plan to offer our beautiful new facility to other elephants in need of a home one day, at which time we will bring Butch back to the community that cares so very much about him. We sincerely hope all our donors, visitors, sponsors and true animals lovers will agree with and support this decision as Monterey Zoo proudly continue to evolve into a world class zoological experience.

The African elephant is the largest animal walking the Earth.

Elephants eat roots, grasses, fruit, and bark, and they eat a lot of these things. An adult elephant can consume up to 300 pounds (136 kilograms) of food in a single day. These hungry animals do not sleep much, and they roam over great distances while foraging for the large quantities of food that they require to sustain their massive bodies.

Sadly humans pose by far the greatest threat to the African elephant. They have suffered from intensive hunting for the ivory of their tusks and as trophies. Many efforts have been made to outlaw hunting elephants for their tusks, but poaching still occurs on a regular basis. It is thought that from 1930-1940 there were 3 to 5 million African elephants roaming the continent. Now in Western Africa elephant populations are counted in the tens or hundreds.

The elephant’s brain is similar to that of humans in terms of structure and complexity. For example, the elephant’s corex has as many neurons as that of a human brain. 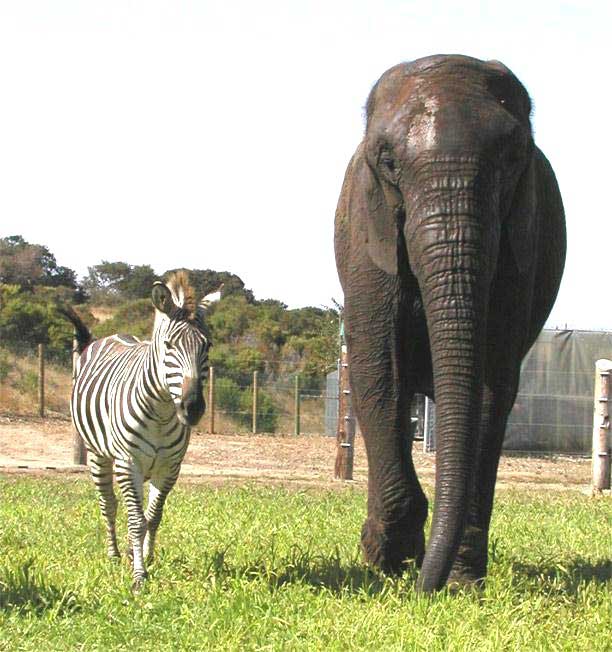 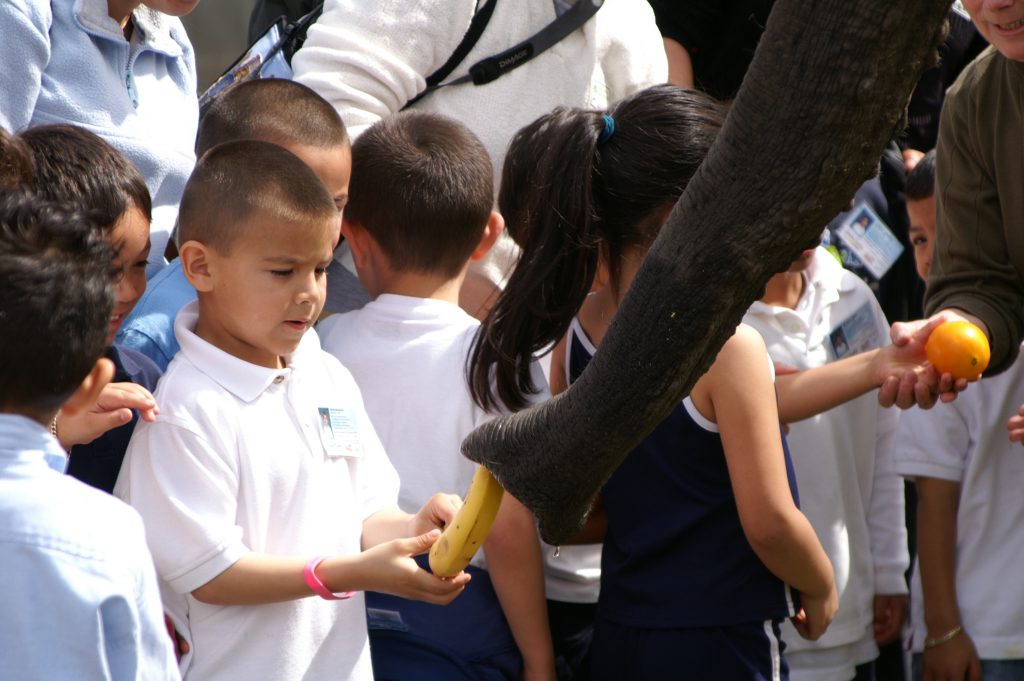 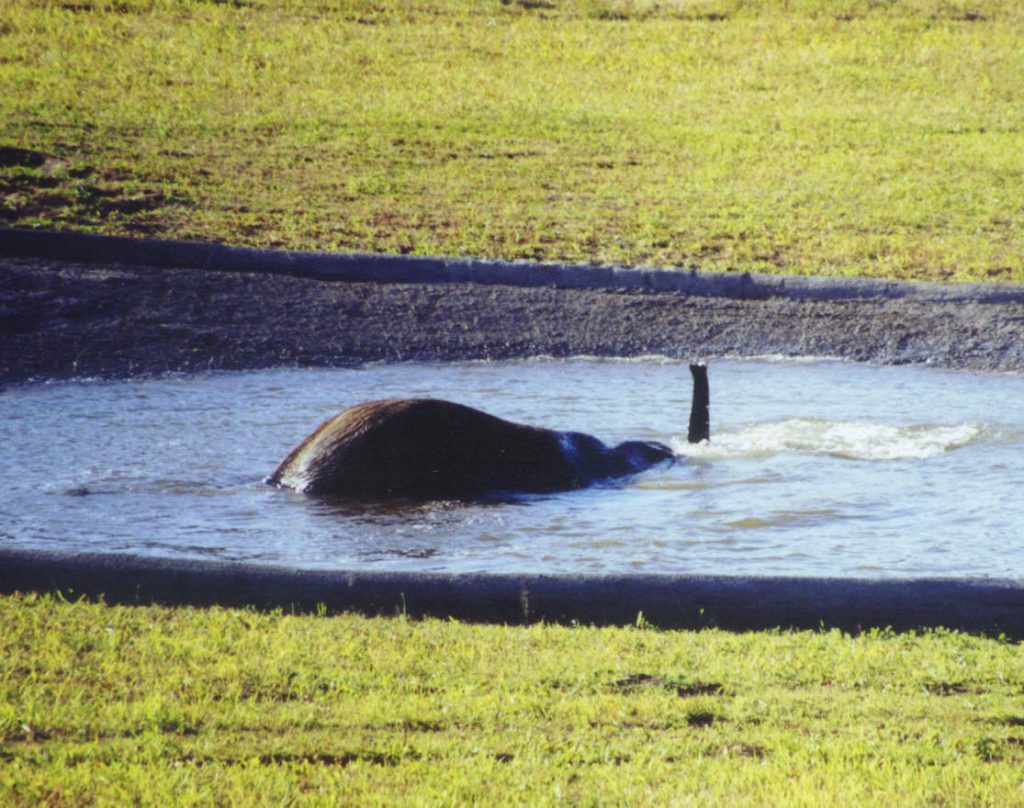