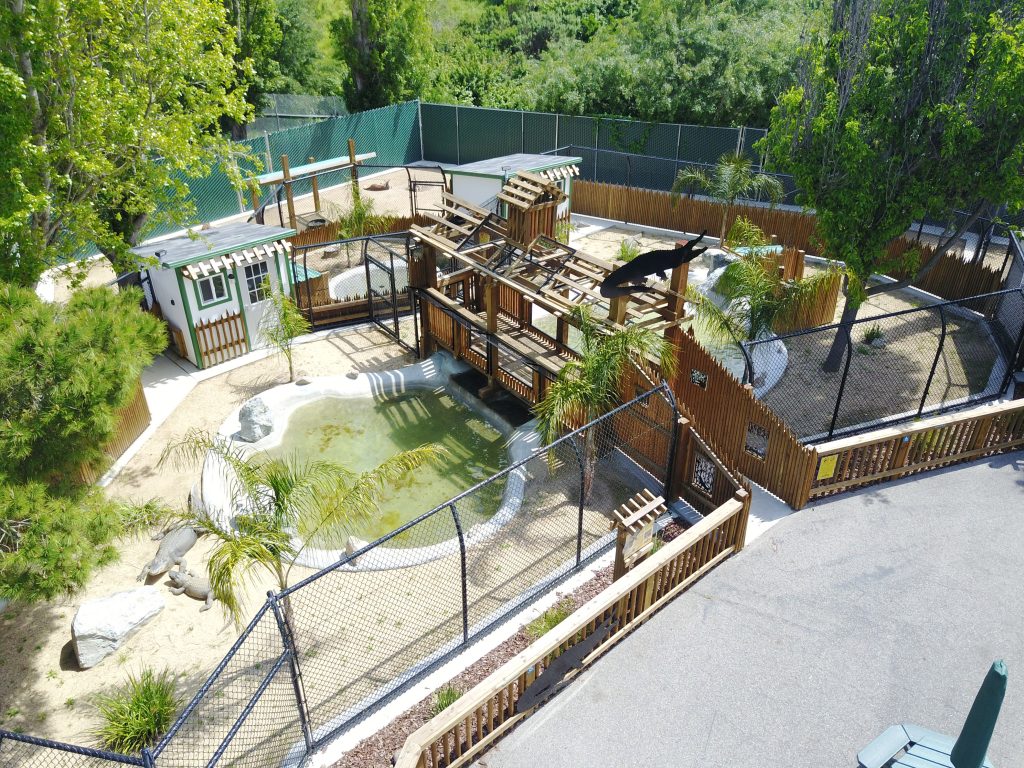 The great majority of our reptile collection, especially snakes and tortoises, are animals that have been turned in by pet owners who could no longer care for the animal or who didn’t realize that “cute baby” would grow into something large and hard to handle. We urge all to PLEASE do some homework on the animal you are considering for a pet. We’d be happy to help. All of our reptiles participate in our educational programs, teaching what animals may or may not make a good pet ~ especially when they’re fully grown. We have plans for a spectacular new indoor reptile exhibit coming in 2020 that will house and display all our indoor reptiles as well as some of our more fragile rain-forest animals not currently on display (sloths-sugar gliders) 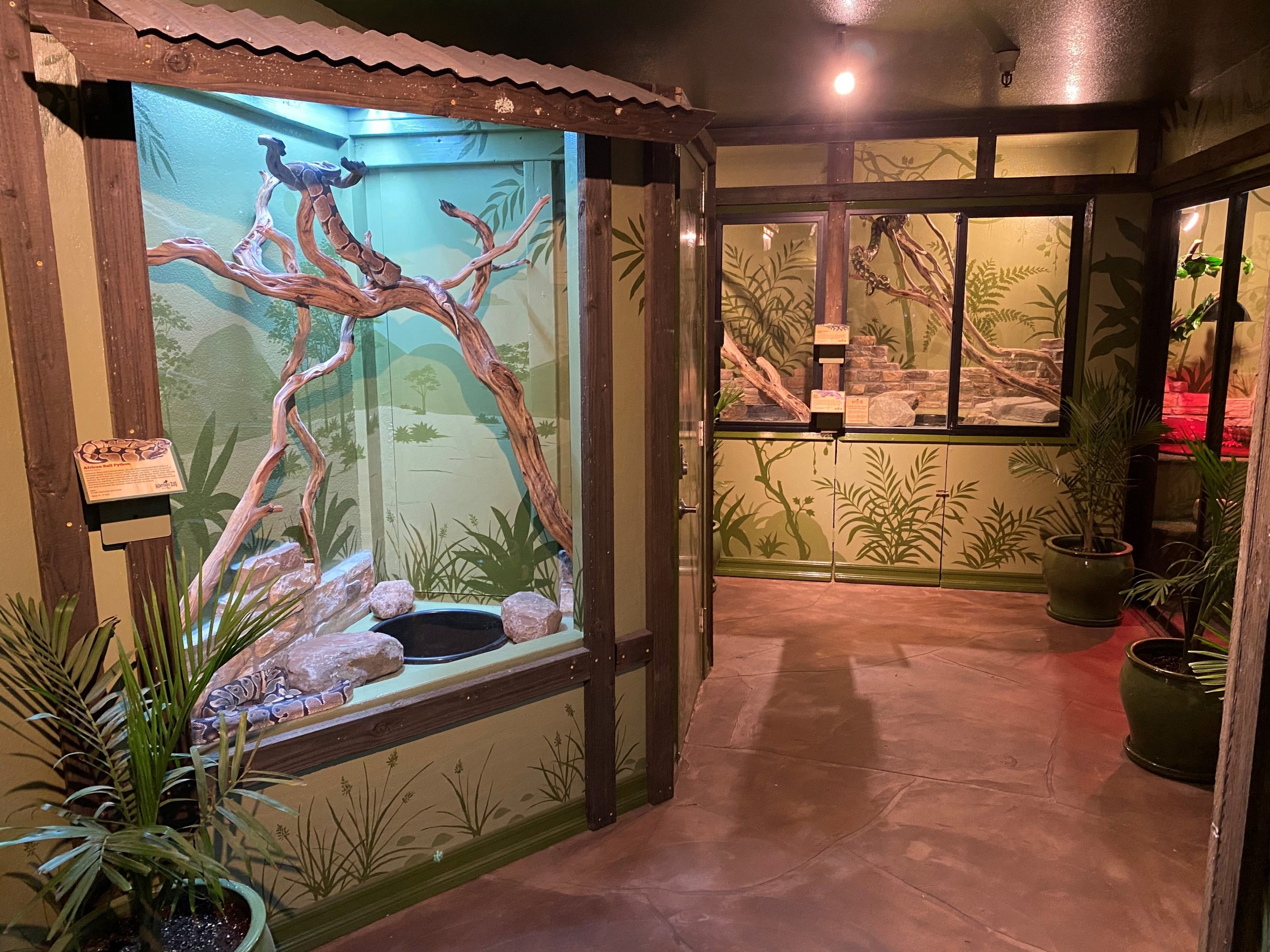 Snakes are elongated, limbless, flexible reptiles. There are about 2,900 species of snakes. Of these, 375 are venomous. 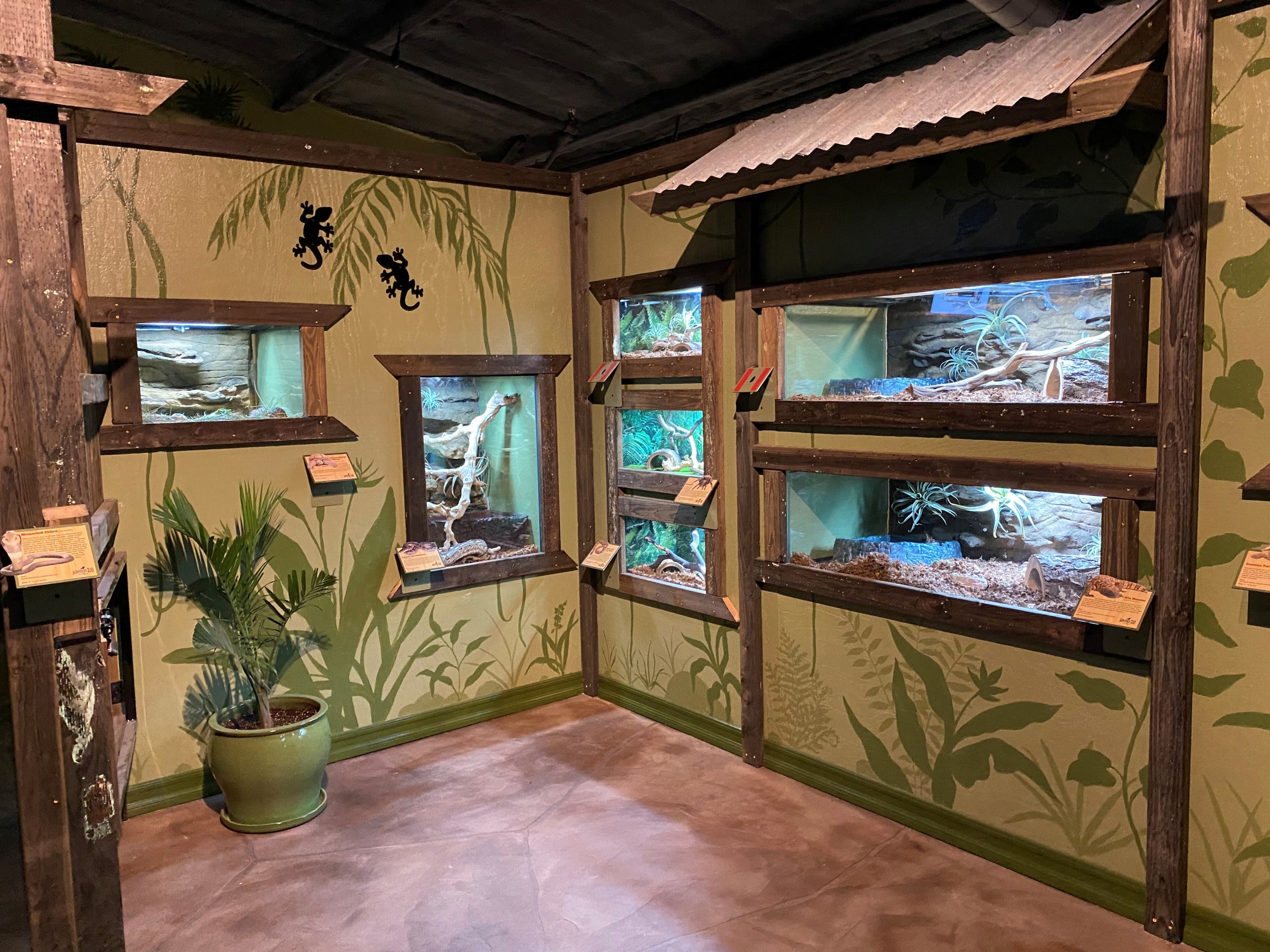 Pythons are known for their beautiful skin and as relentless predators. They are constrictors, which means they literally squeeze the life out of their prey, and then swallow the prey whole. You can see these exciting reptiles up close at the Monterey Zoo.

Boa constrictors are powerful snakes and impressive hunters. They live in tropical climates throughout most of Central and South America, where they hunt at night. Boas ambush prey, such as rats, birds, monkeys, or wild pigs, and like the pythons swallow them whole!

Cobras are venomous snakes with identifying and unique “hoods” around their heads, which they spread when they feel threatened. They can also hold their heads high off the ground. No doubt about it, they are among the most respected and feared snakes, and you can see them up close at the Monterey Zoo.

With its armored, lizard-like bodies, muscular tails, and powerful jaws the alligator looks like something out of prehistoric times and it is! Scientists estimate the species is more than 150 million years old. Today, in the wild, American alligators live nearly exclusively in the freshwater rivers, lakes, swamps, and marshes of the southeastern United States.

The American alligator is a rare success story of an endangered animal not only saved from extinction but now thriving. State and federal protections, habitat preservation efforts and reduced demand for alligator products have improved the species’ wild population to more than one million and growing today. You can get to know four of these amazing creatures at the Monterey Zoo!

All of the alligators at Monterey Zoo are the confiscated pets of illegal pet owners in California who for some reason thought, an alligator might make a cool pet.  Little did they know!

Warning: alligators make terrible pets! The Monterey Zoo strongly recommends against owning them in homes. For those truly interested in handling and caring for these animals, our volunteer program in the way to go.

Lizards are reptiles, and there are a lot of them – by some estimates almost 6,000 species. Lizards generally have small heads, long bodies and long tails, but with so many different types, size varies greatly. Lizards are found all over the world in almost every type of terrain.

Turtles are reptiles with hard shells that protect them from predators. They are among the oldest and most primitive groups of reptiles, having evolved millions of years ago. Turtles live all over the world in almost every type of climate.

All spiders are predatory eight-legged creatures that have organs to spin silk at the back ends of their bodies. They are the largest part of the Arachnid family, a group that also includes scorpions and ticks. There are about 40,000 types of spiders in the world, living on every continent except Antarctica. Check out the tarantulas at the Monterey Zoo. Despite their horror film reputations, they are actually gentle and sweet! Yes, you really can love “a spider” if you truly love animals.

Cockroaches have been around for millions of years, evolving into some of the most adaptable pests on Earth. There are approximately 4,000 living species of cockroaches in the world. A cockroach can live a month with no food and two weeks without water. 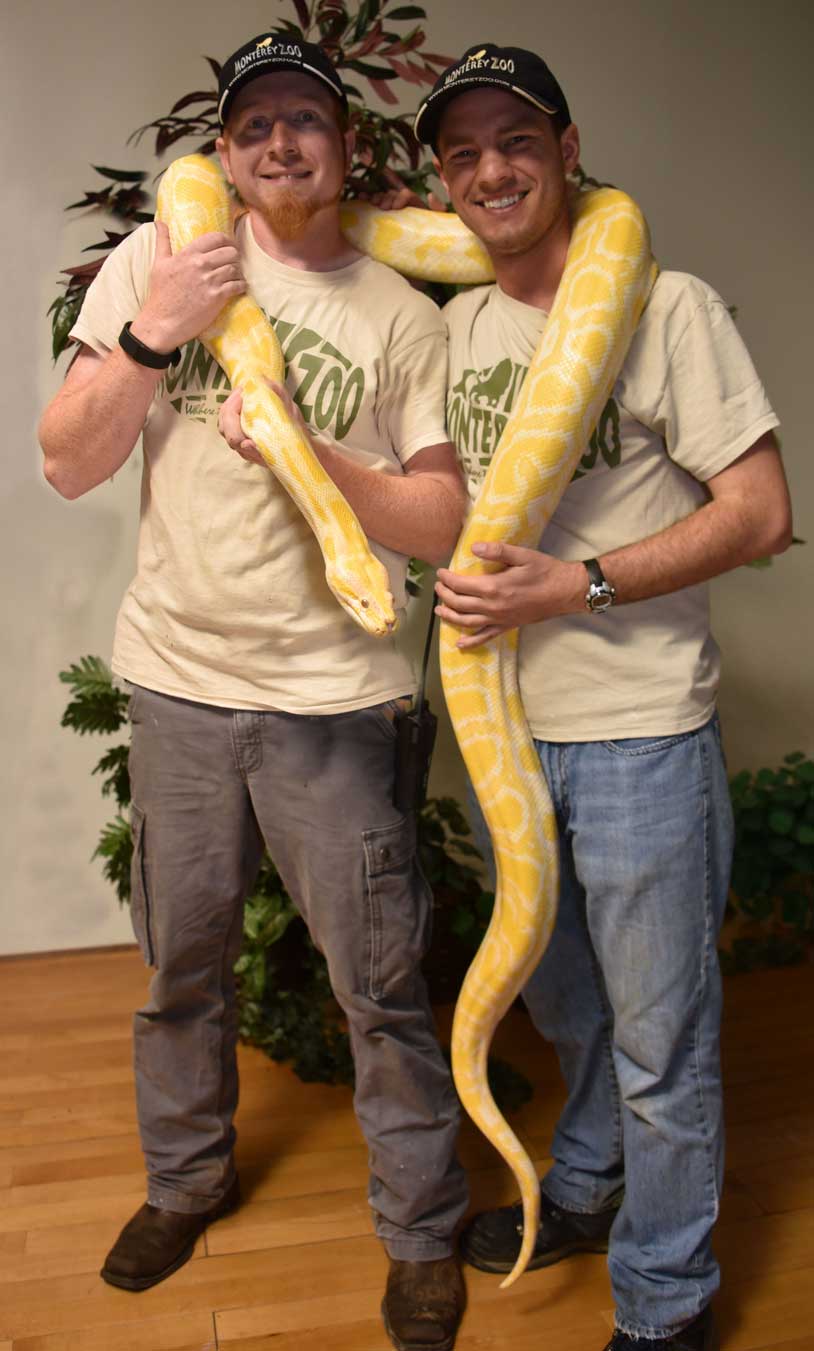 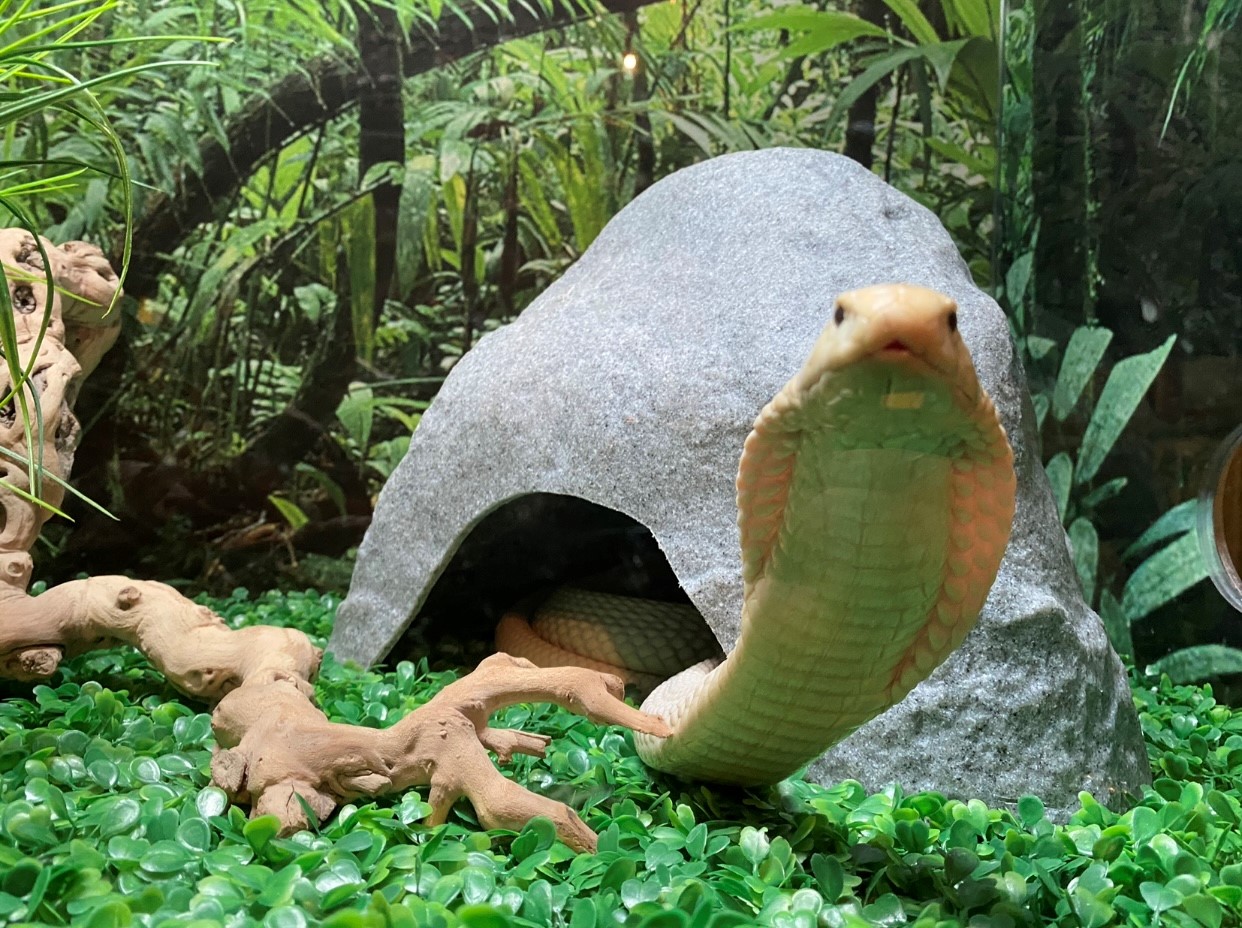 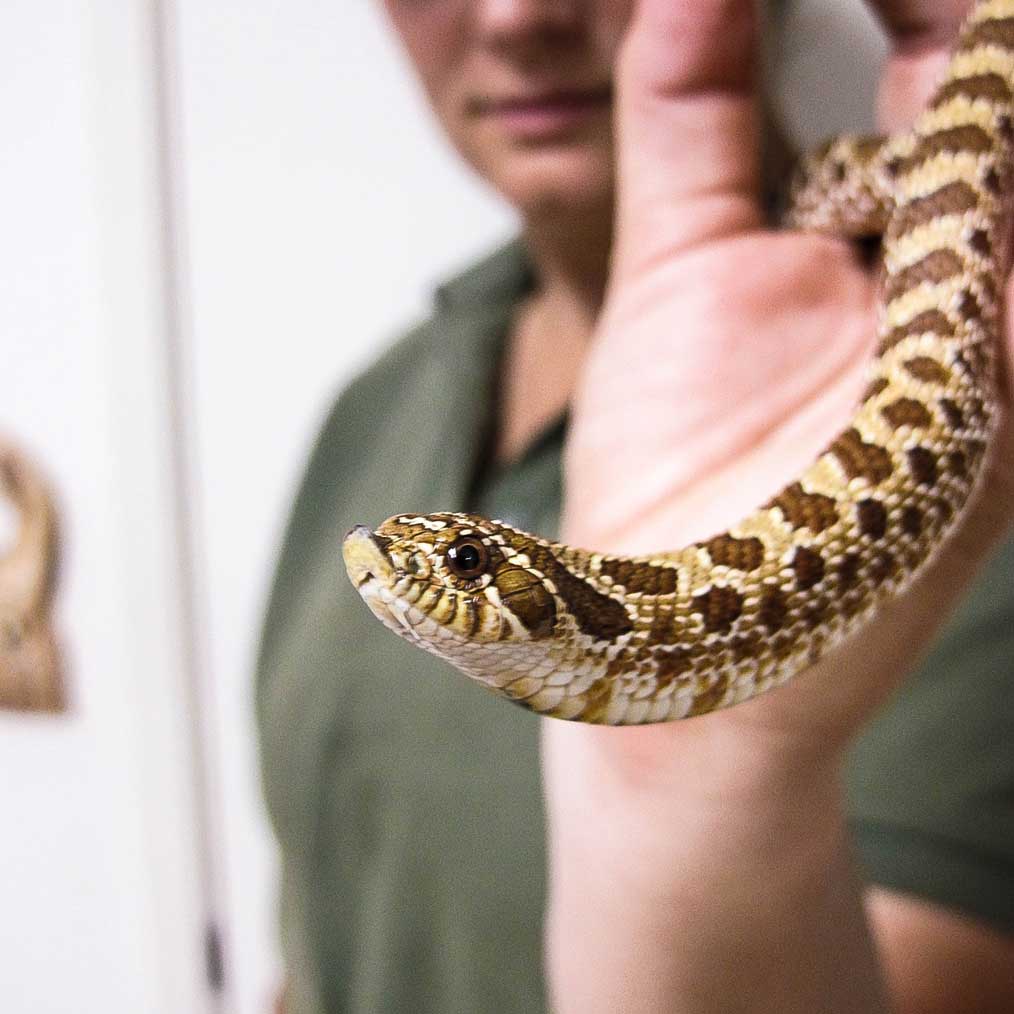 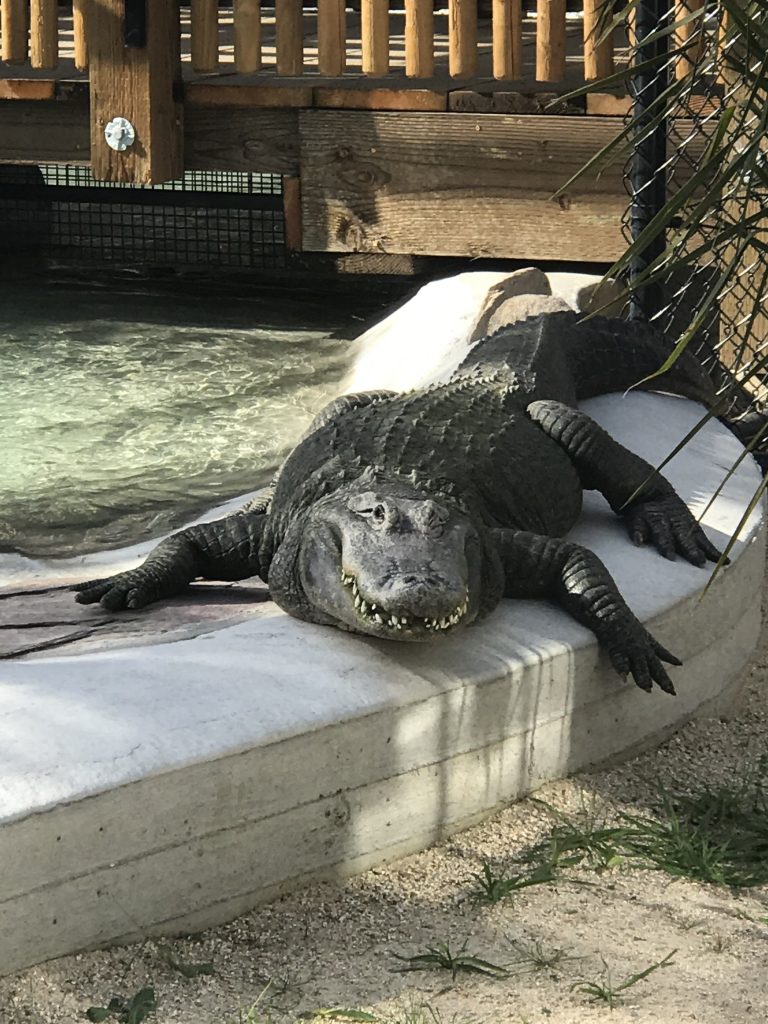 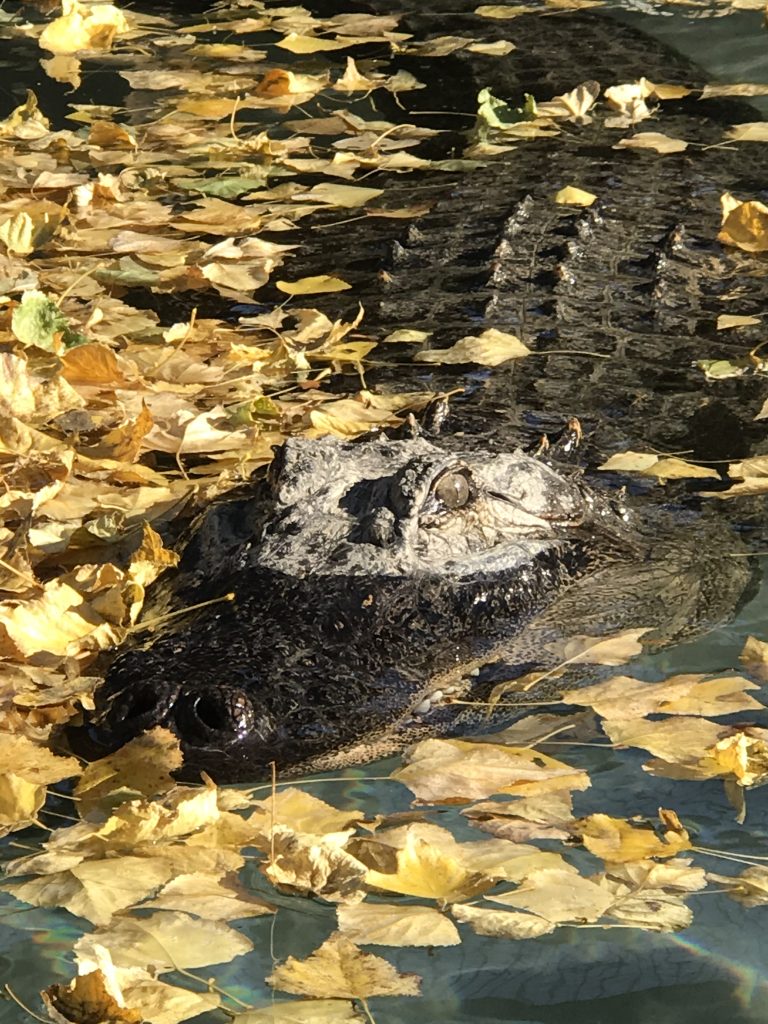 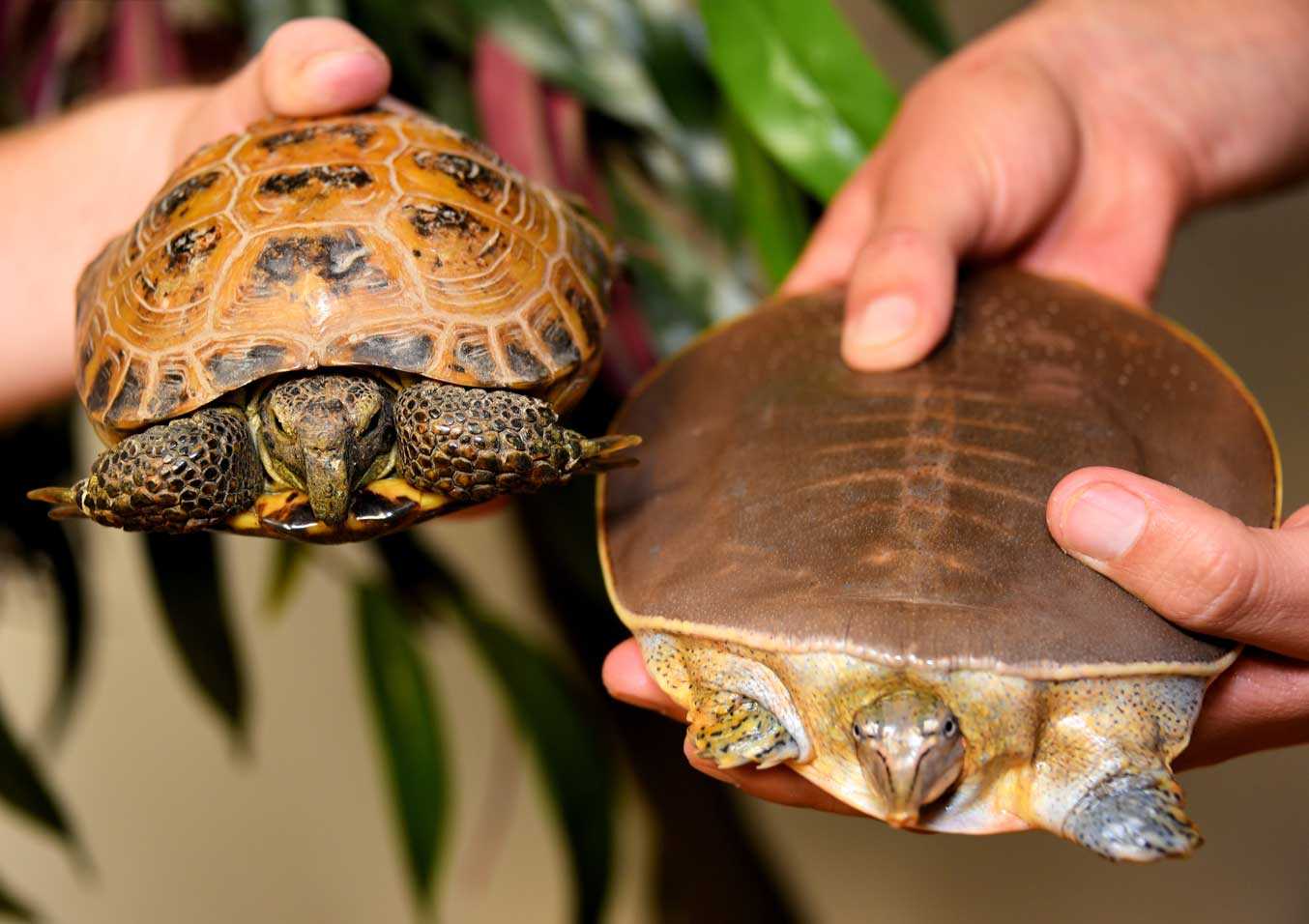 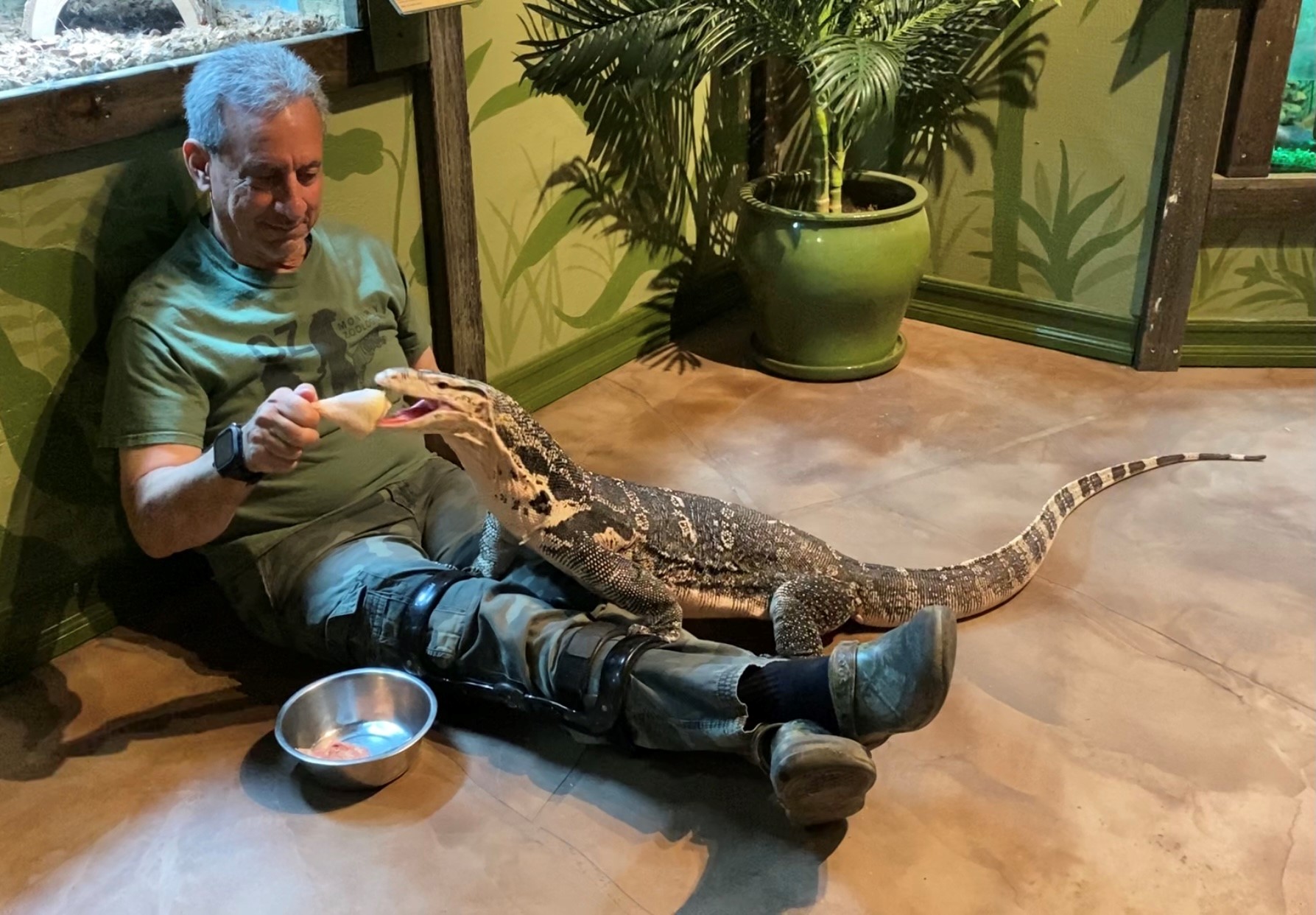 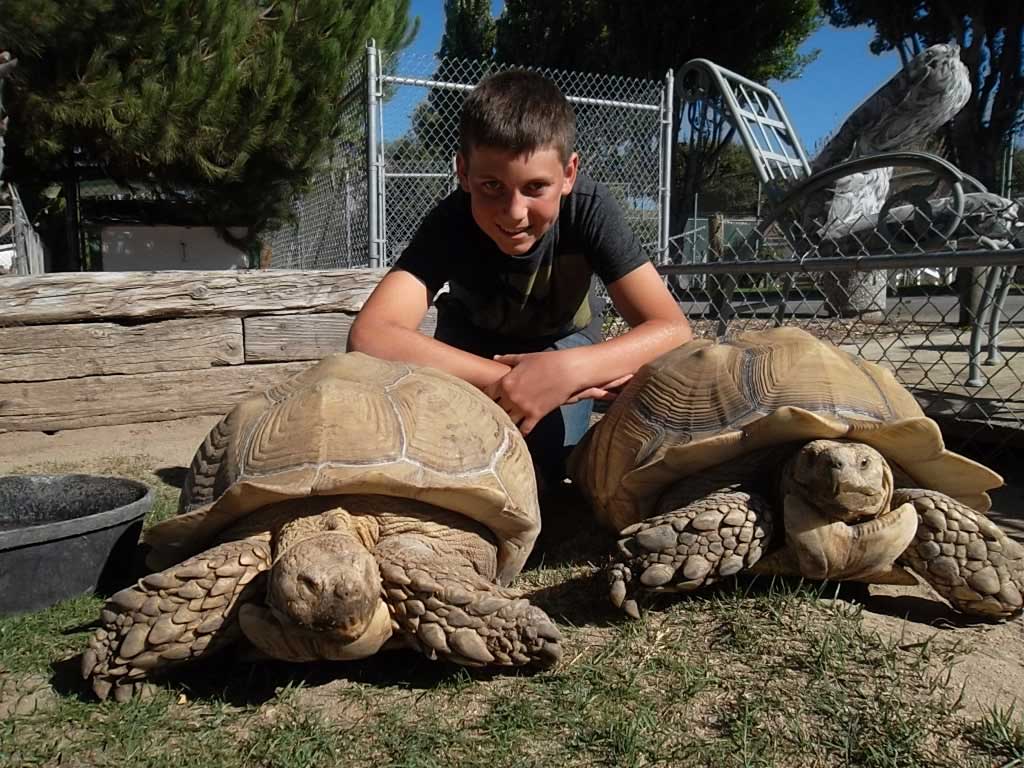 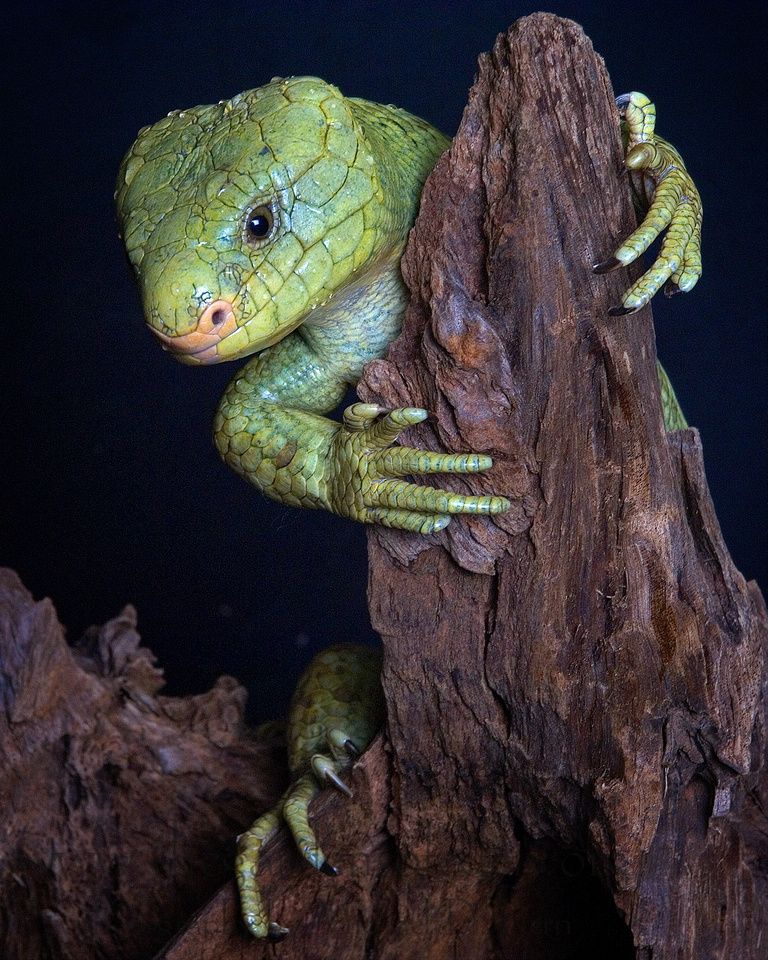 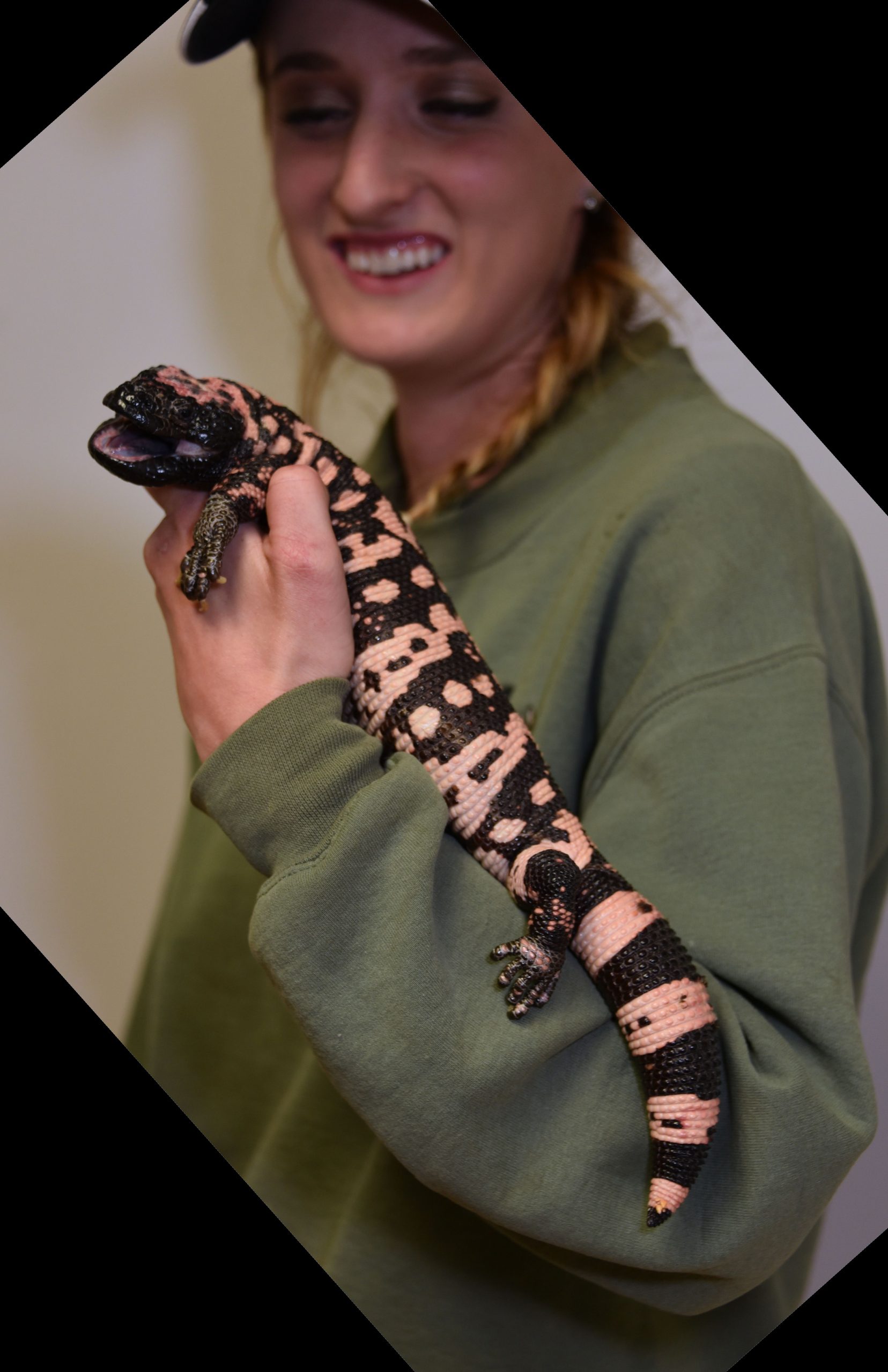