Badgers are short-legged omnivores in the family Mustelidae, which also includes the otters, polecats, weasels and wolverines.  The European badger is one of the largest; the American badger, the hog badger and the honey badger are generally a little smaller and lighter.

Taz and Tug are American badgers.  Taz was born in a zoo in Arizona and came to us in May 2016.  Tug arrived in 2018.  Both have become an important part of the Monterey Zoo’s education and conservation programs.  Both grew up in the company of many other animals to include dogs, warthogs and best of all their human caretakers.  Hand raised in Charlie’s home on the zoo property, today Taz has become nothing short of a family member to Charlie and his wife, Lisa.  He is a favorite amongst the Monterey Zoo Staff. 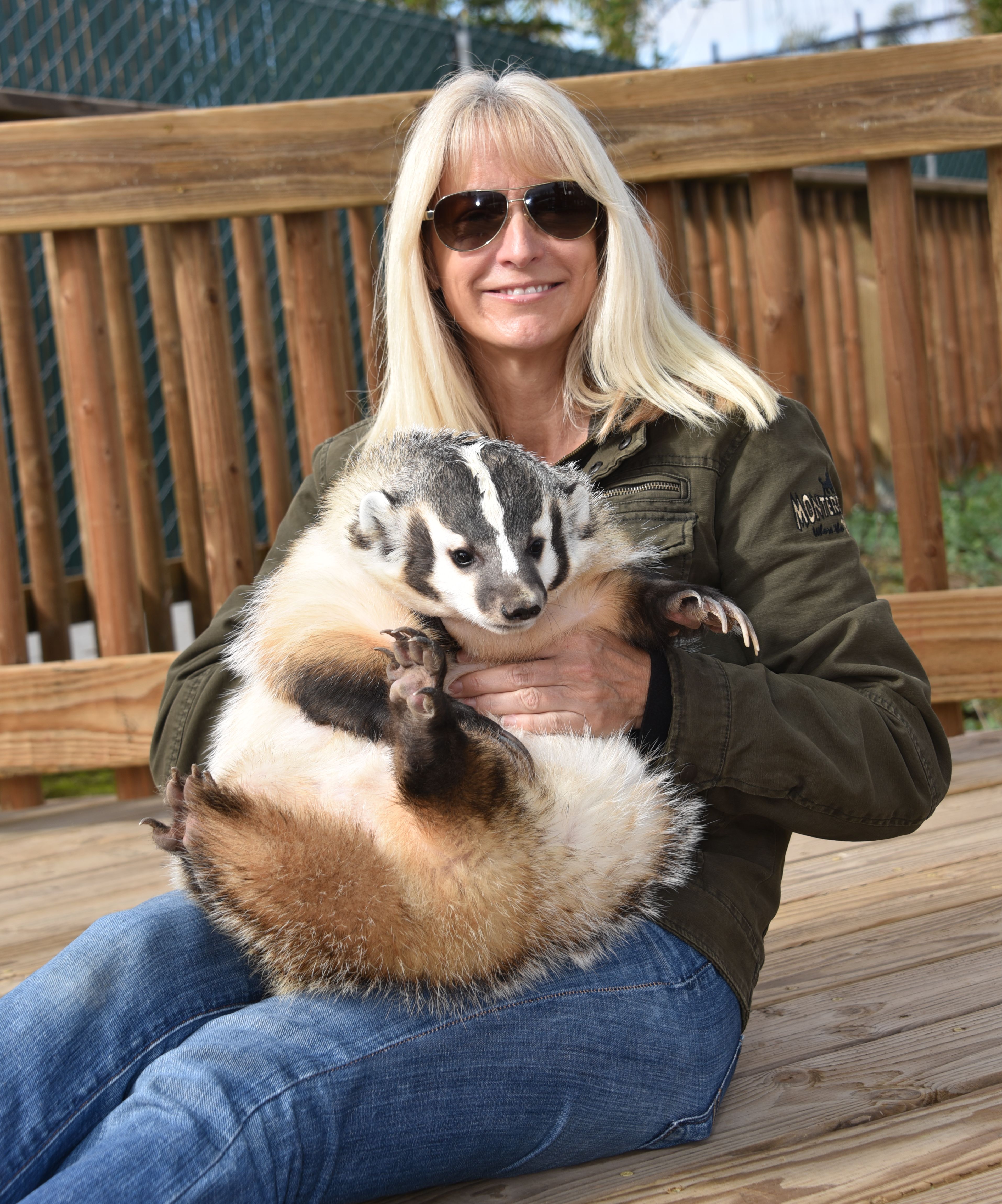