With its armored, lizard-like bodies, muscular tails, and powerful jaws the alligator looks like something out of prehistoric times and it is! Scientists estimate the species is more than 150 million years old. Today, in the wild, American alligators live nearly exclusively in the freshwater rivers, lakes, swamps, and marshes of the southeastern United States.

The American alligator is a rare success story of an endangered animal not only saved from extinction but now thriving. State and federal protections, habitat preservation efforts and reduced demand for alligator products have improved the species’ wild population to more than one million and growing today. You can get to know four of these amazing creatures at the Monterey Zoo!

All of the alligators at Monterey Zoo are the confiscated pets of illegal pet owners in California who for some reason thought, an alligator might make a cool pet.  Little did they know!

Warning: alligators make terrible pets! The Monterey Zoo strongly recommends against owning them in homes. For those truly interested in handling and caring for these animals, our volunteer program in the way to go. 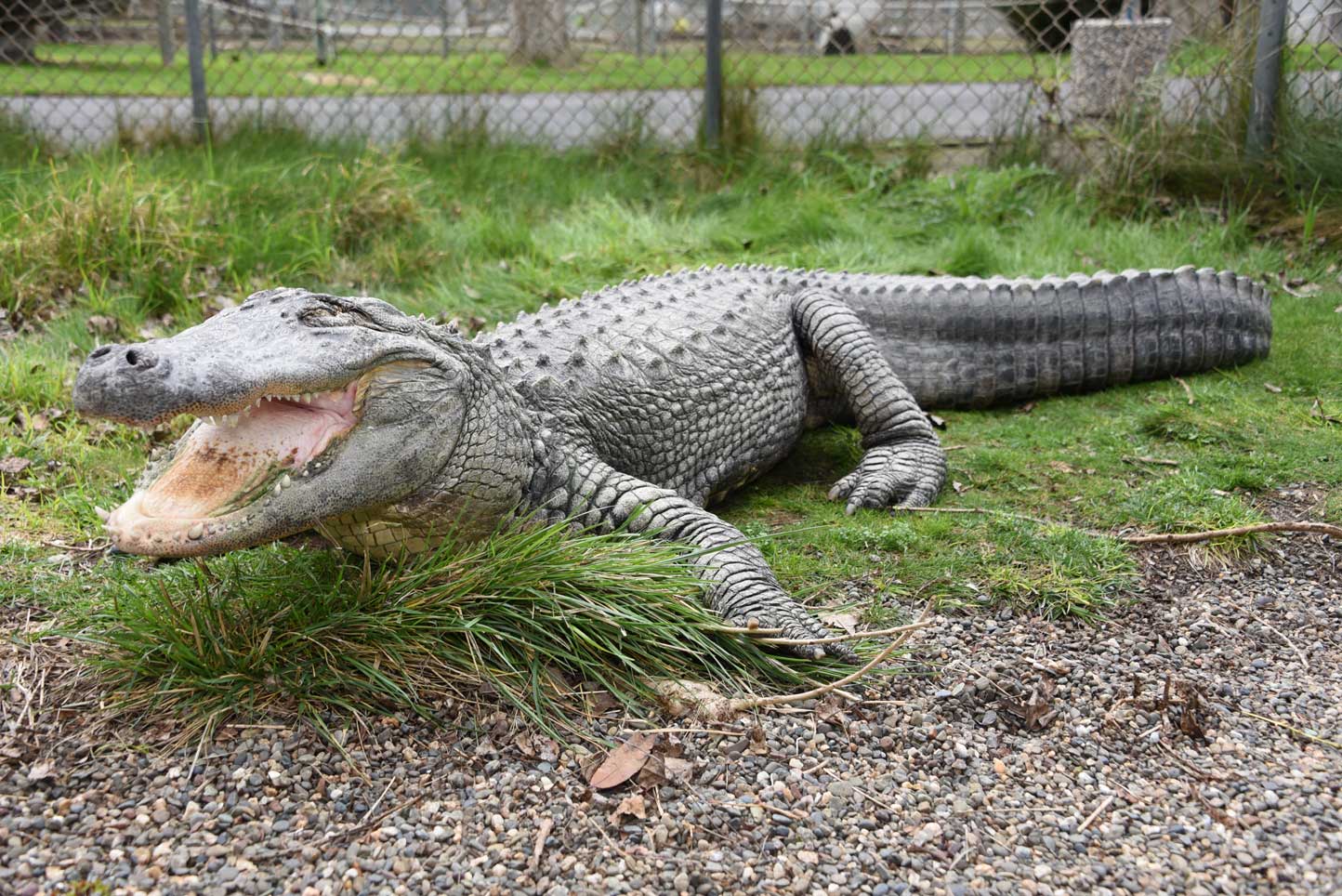